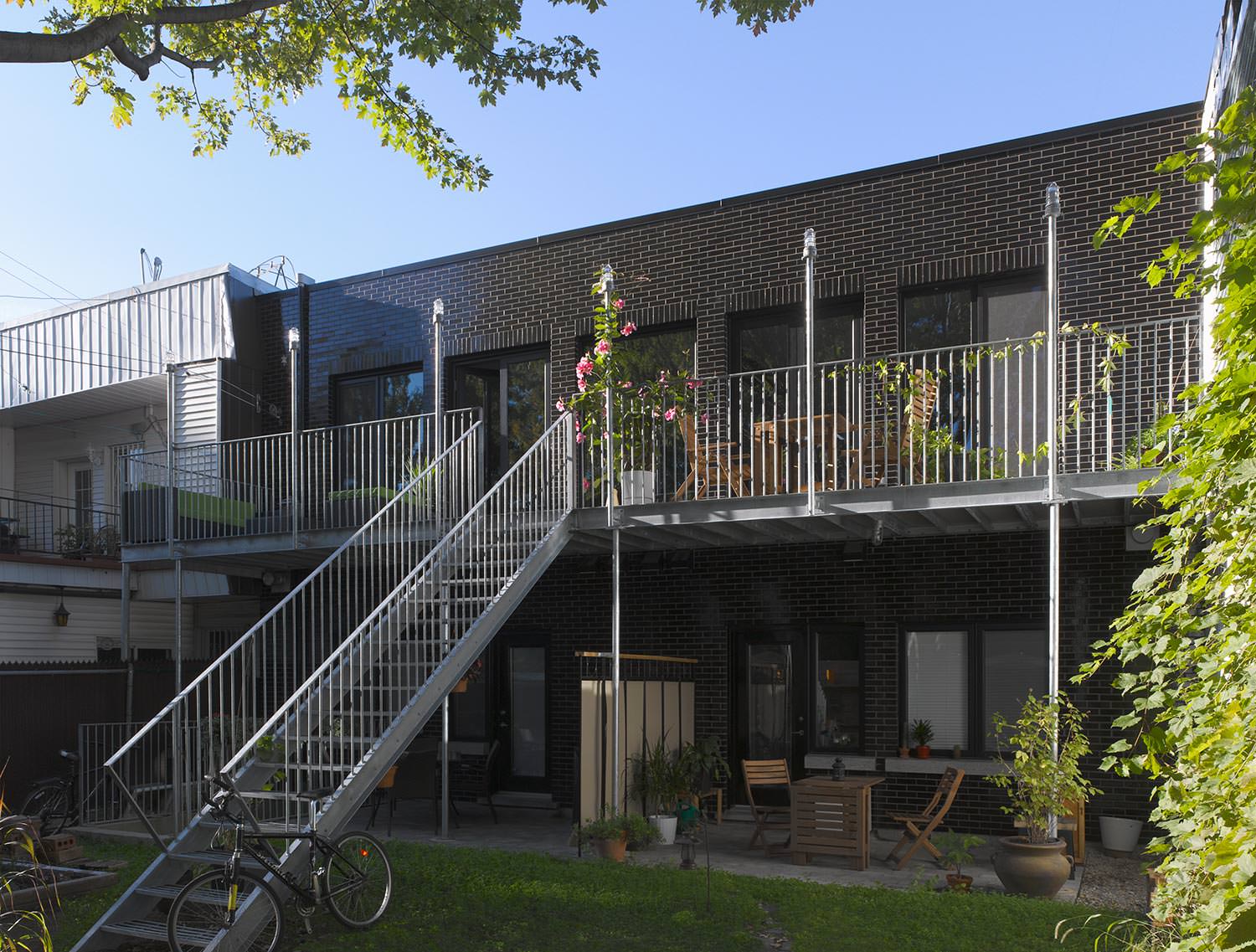 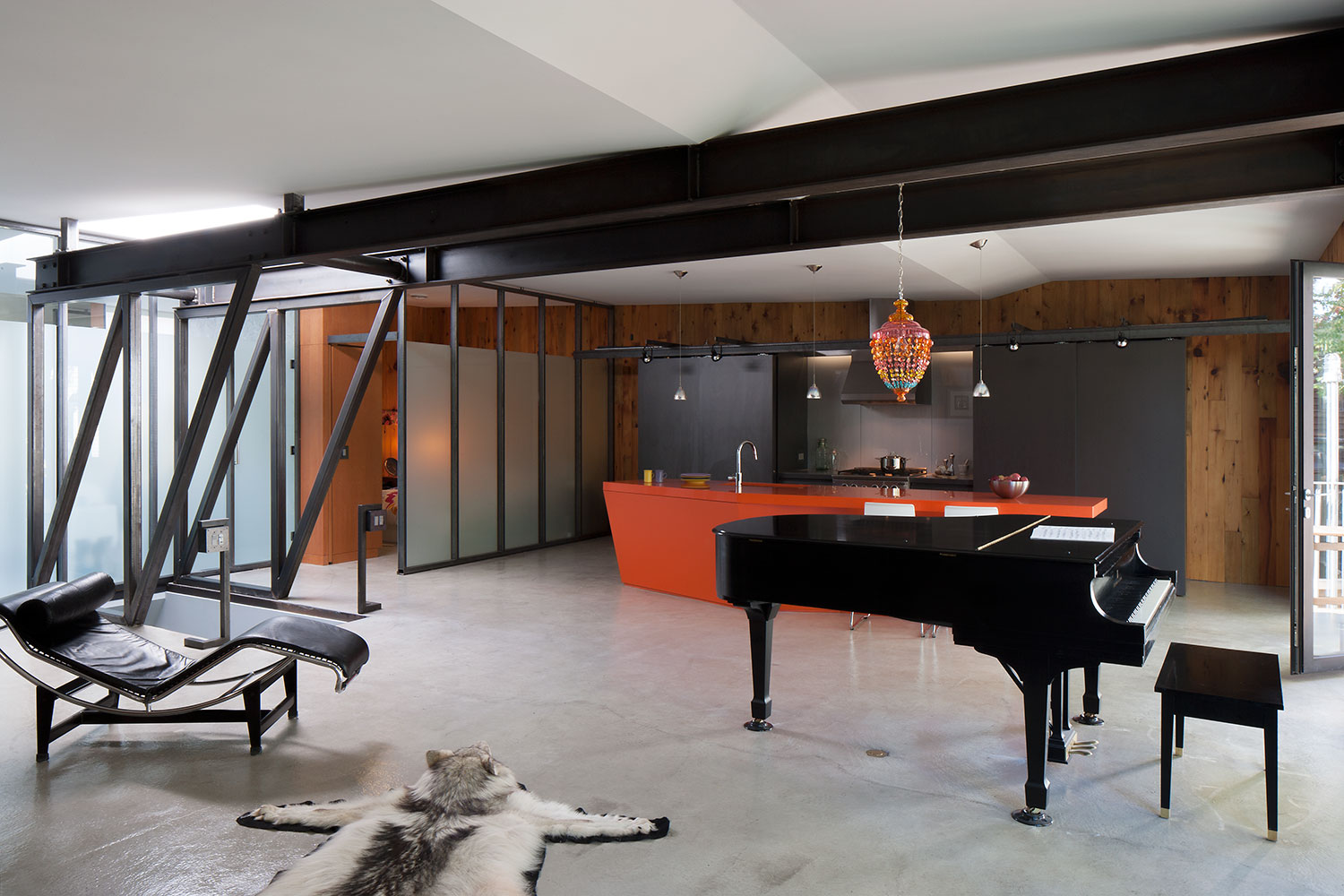 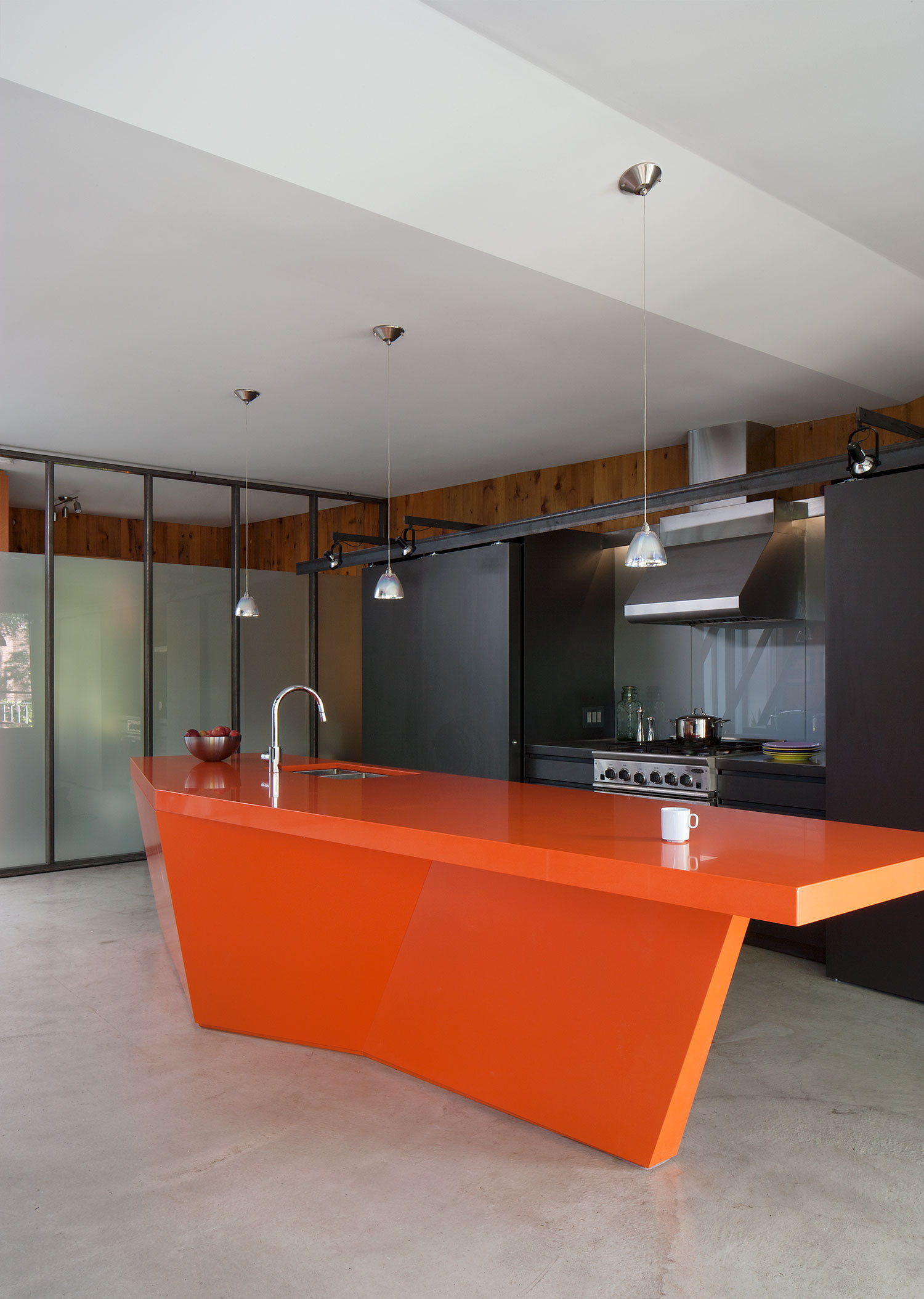 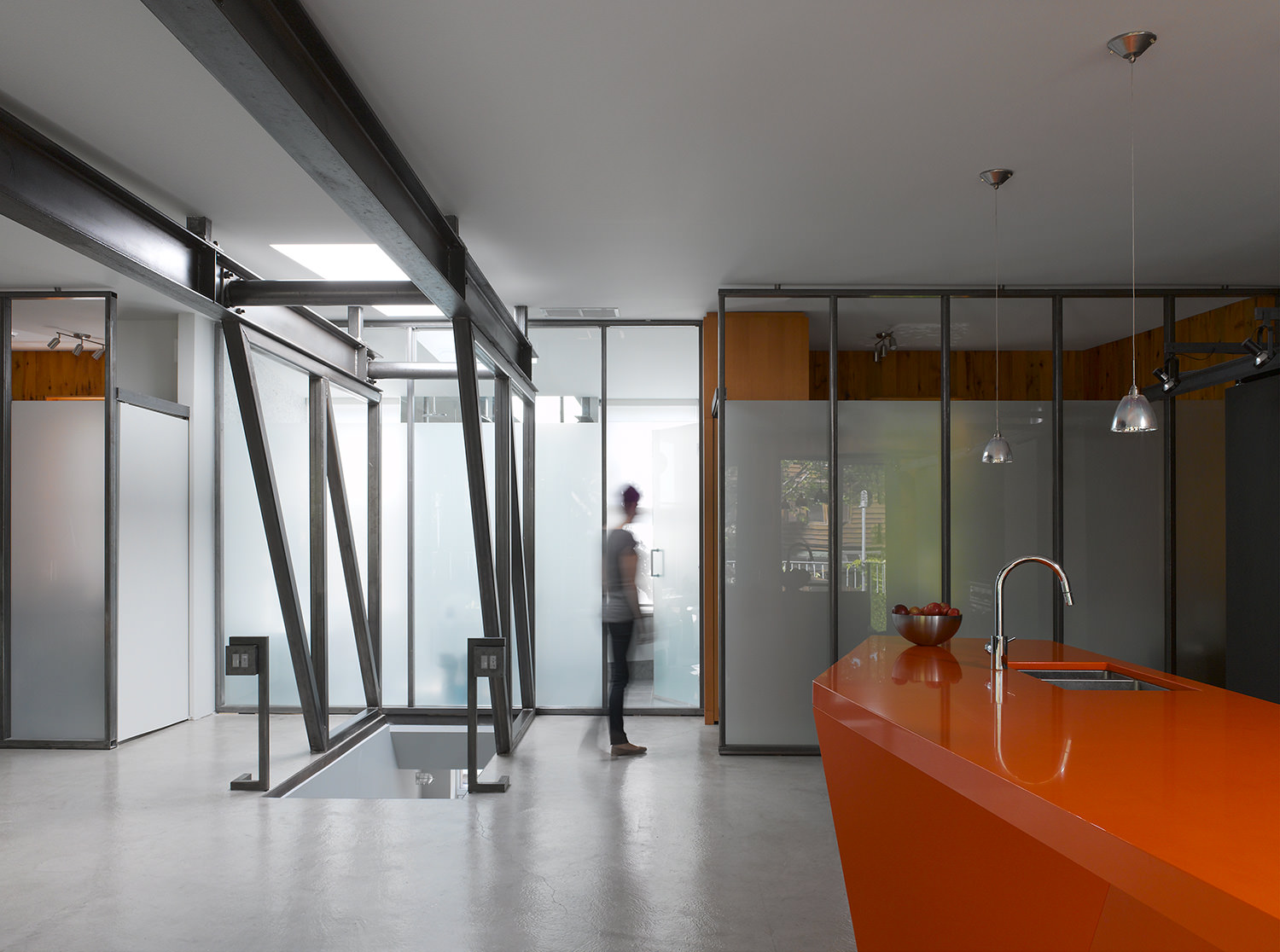 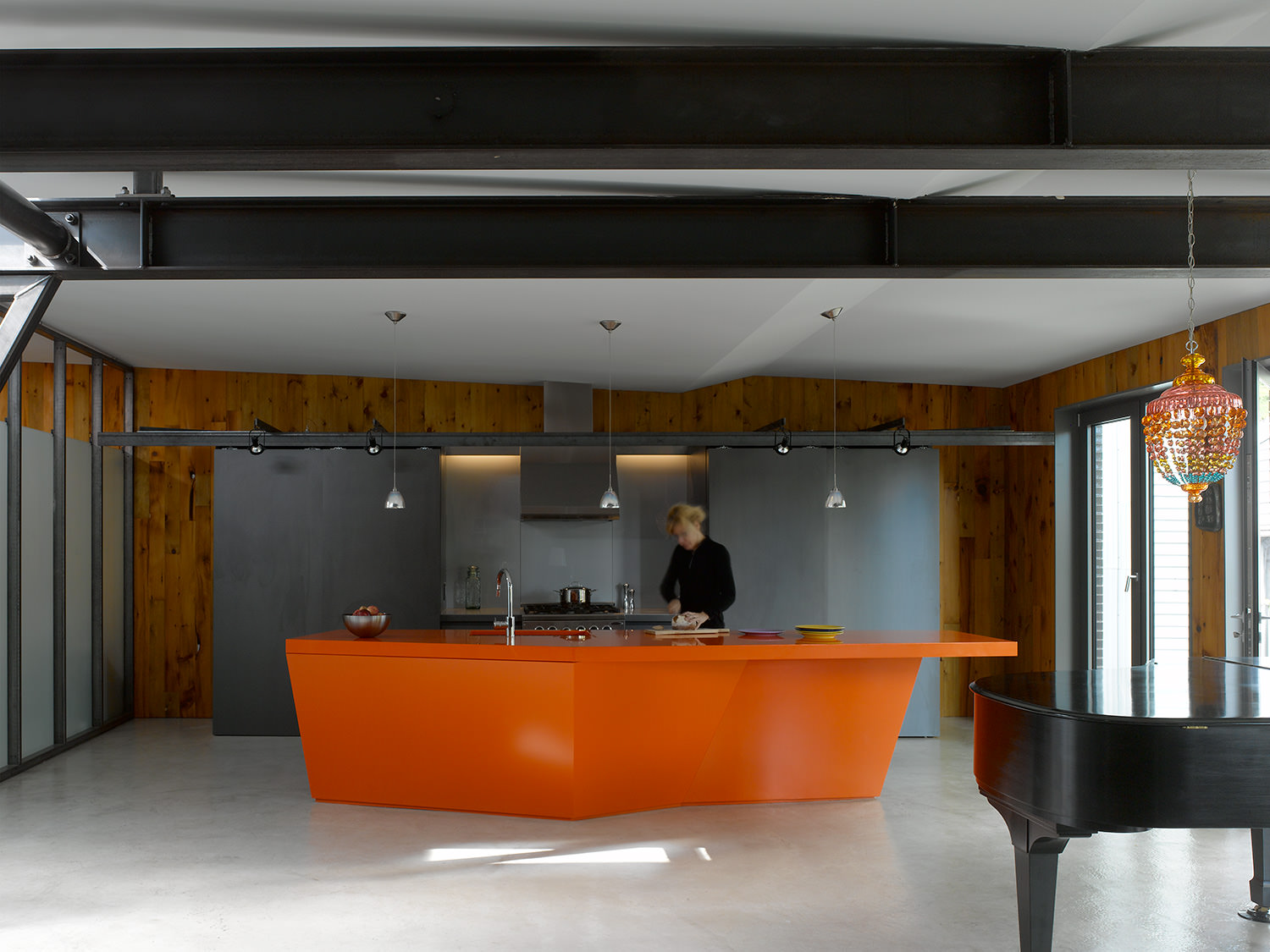 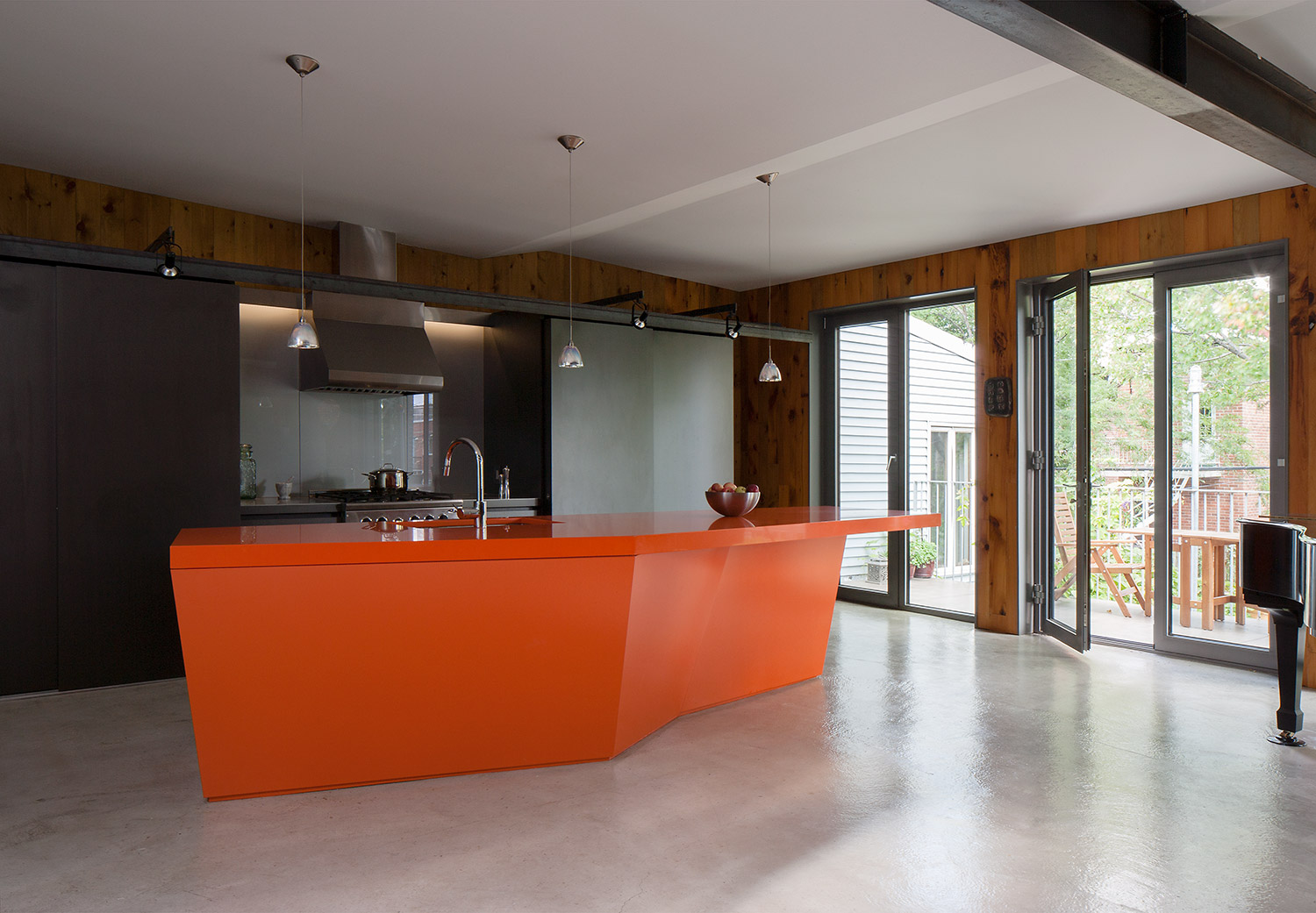 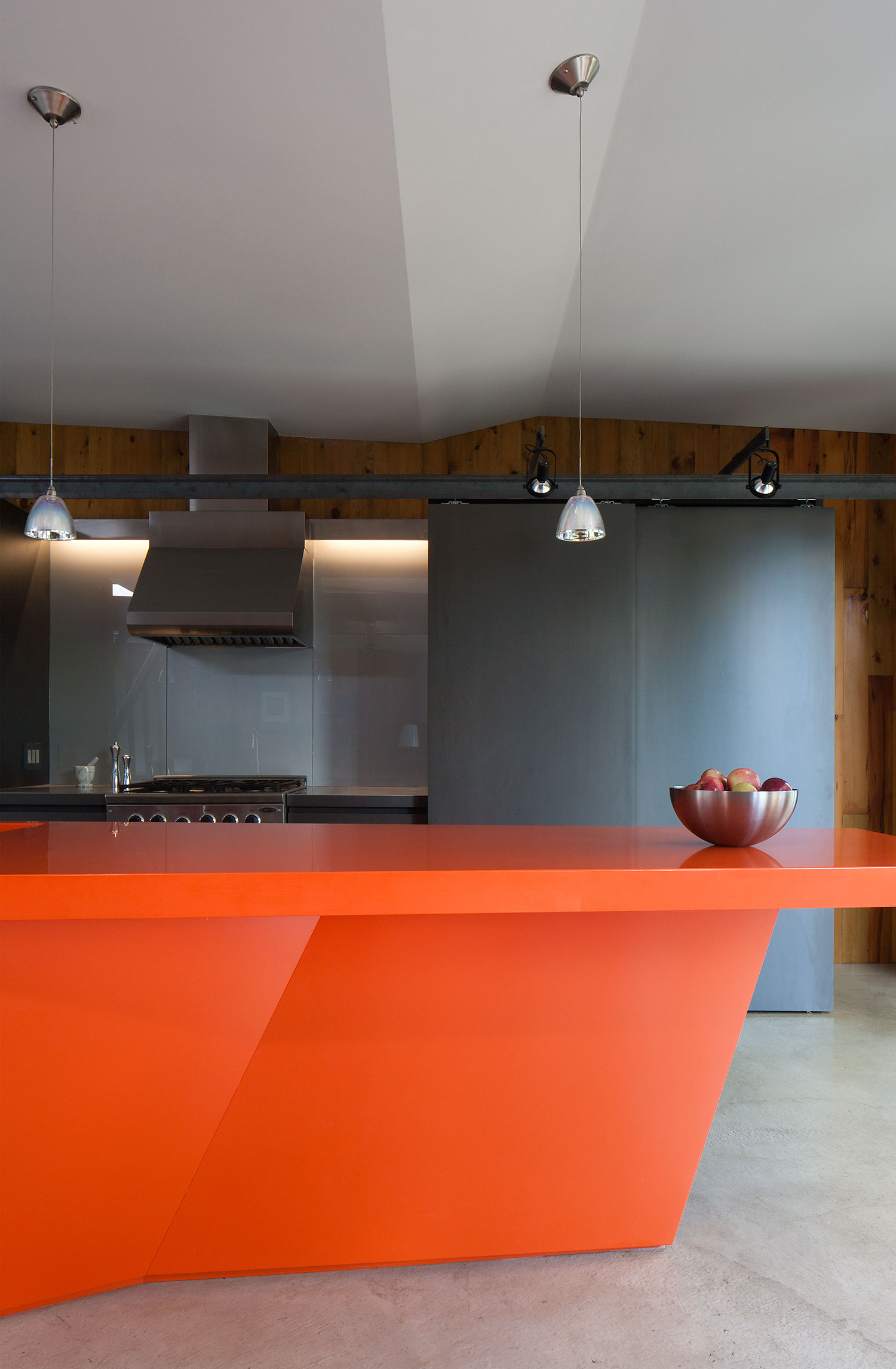 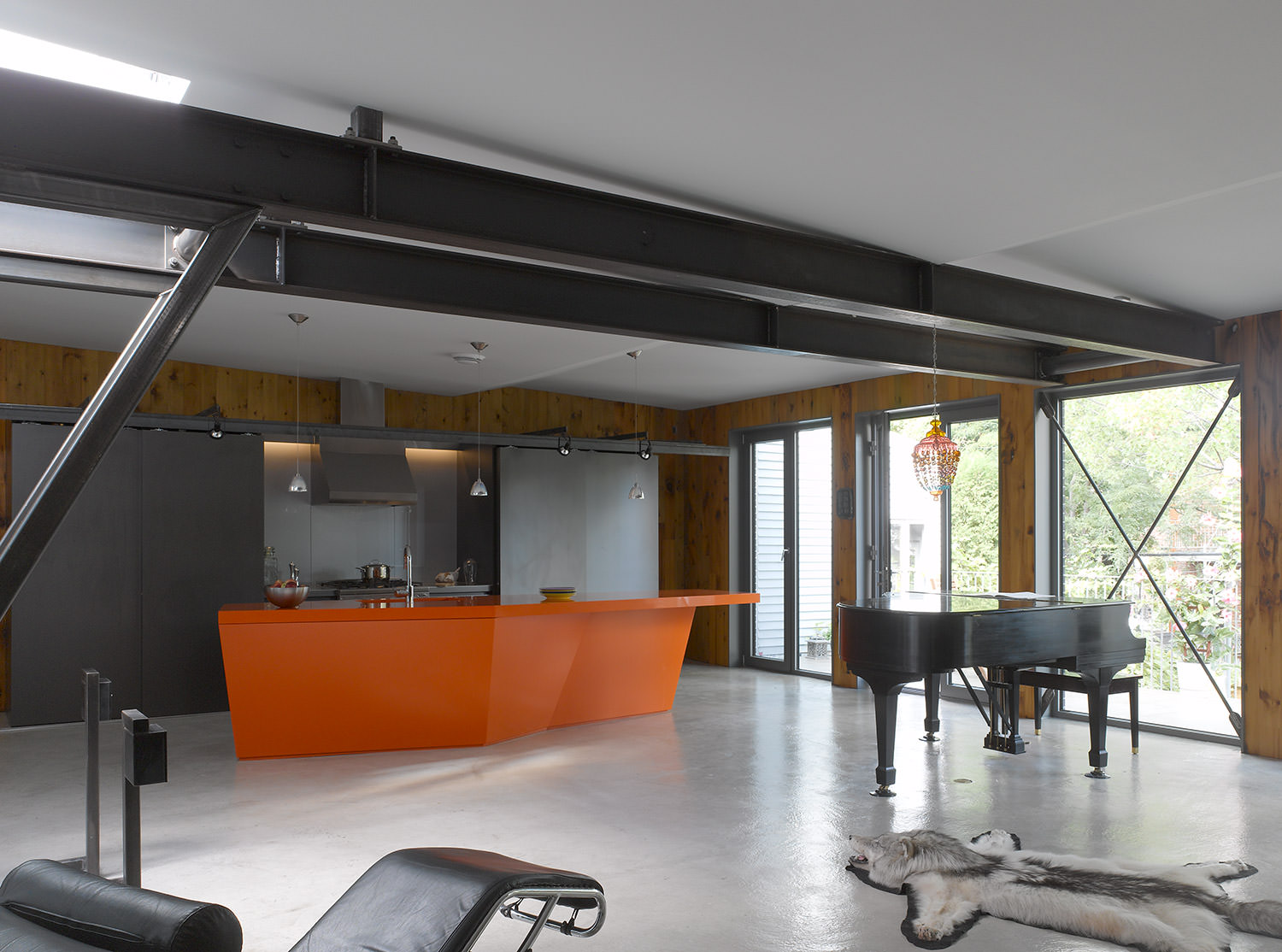 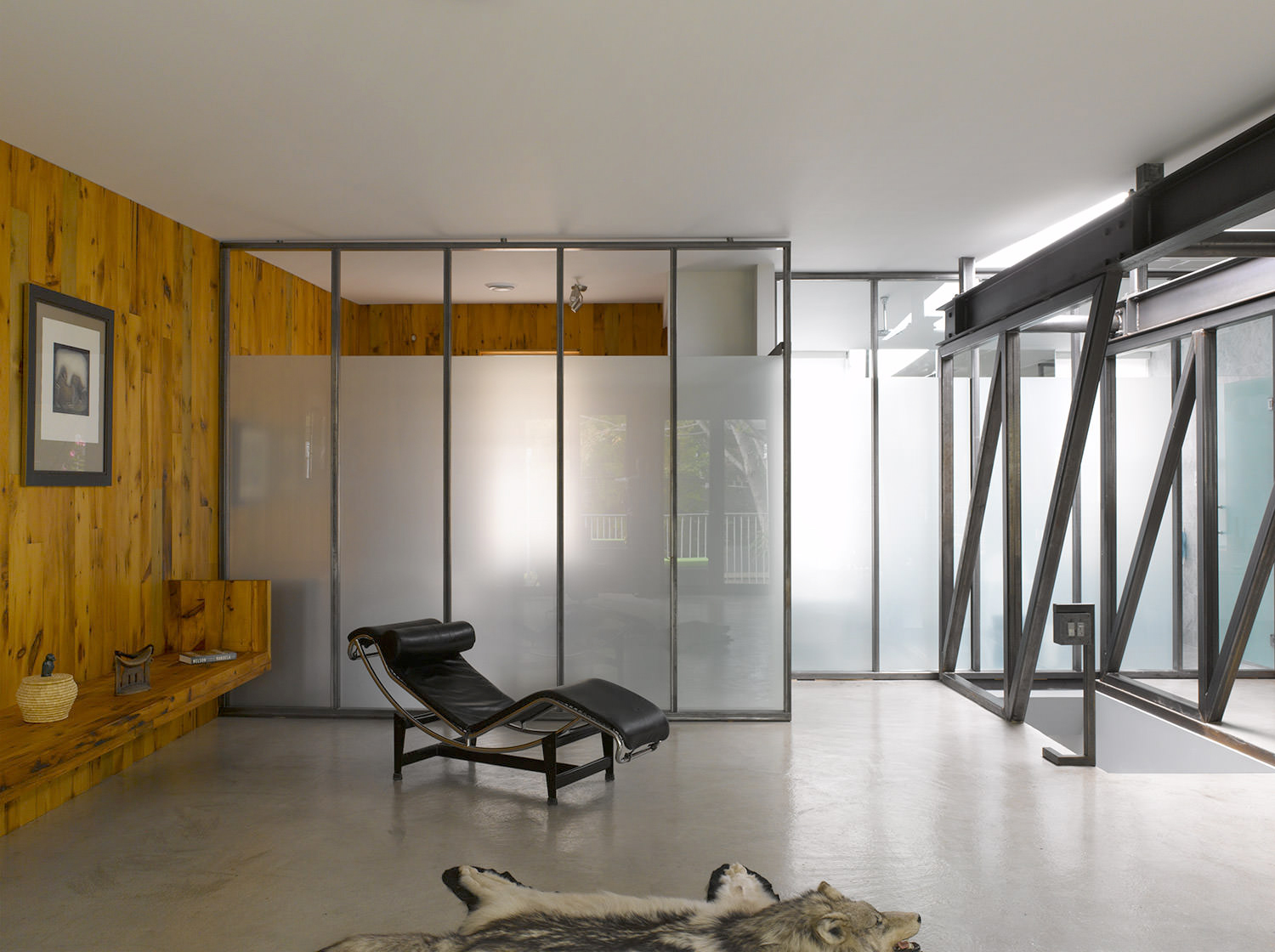 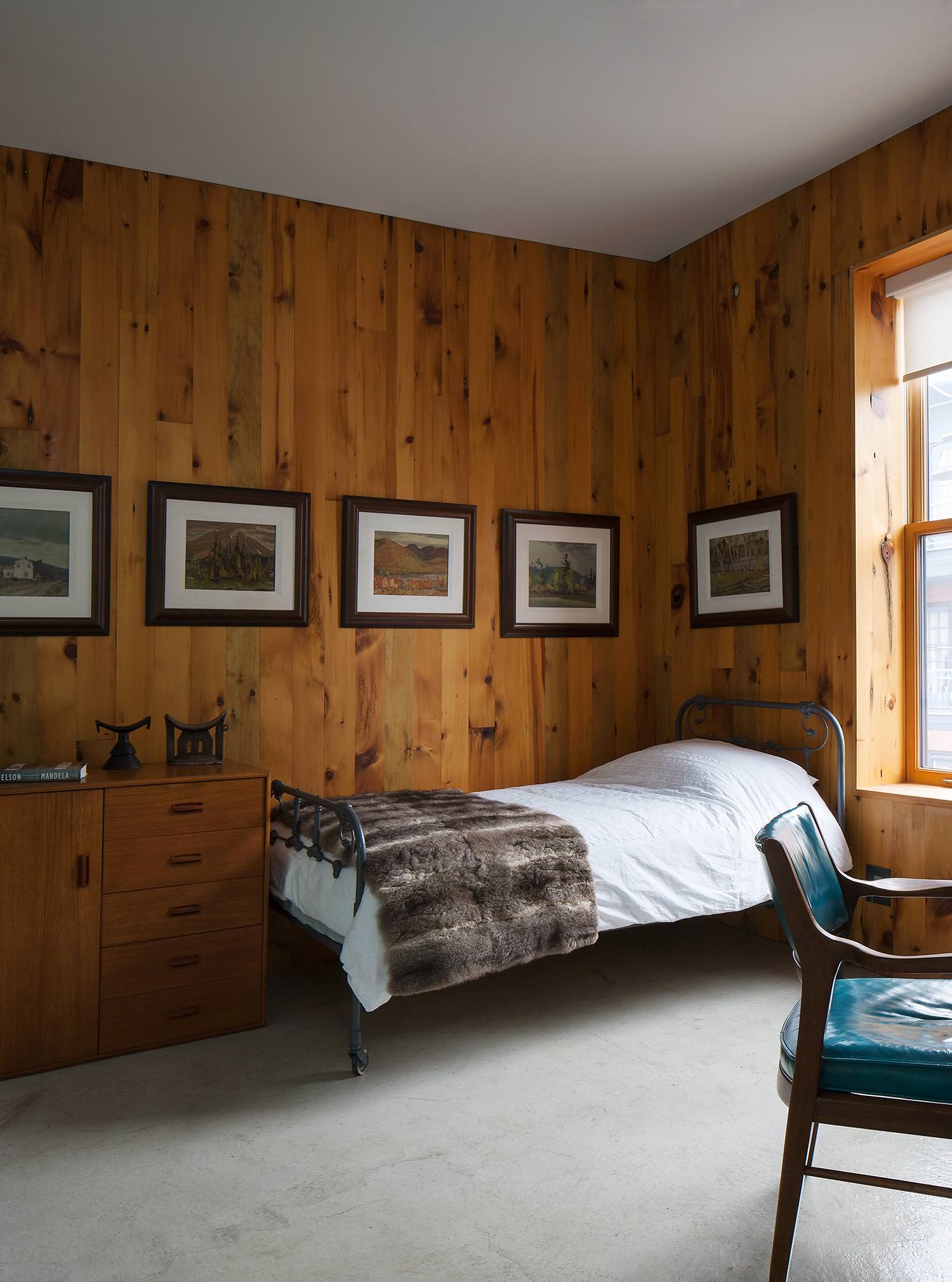 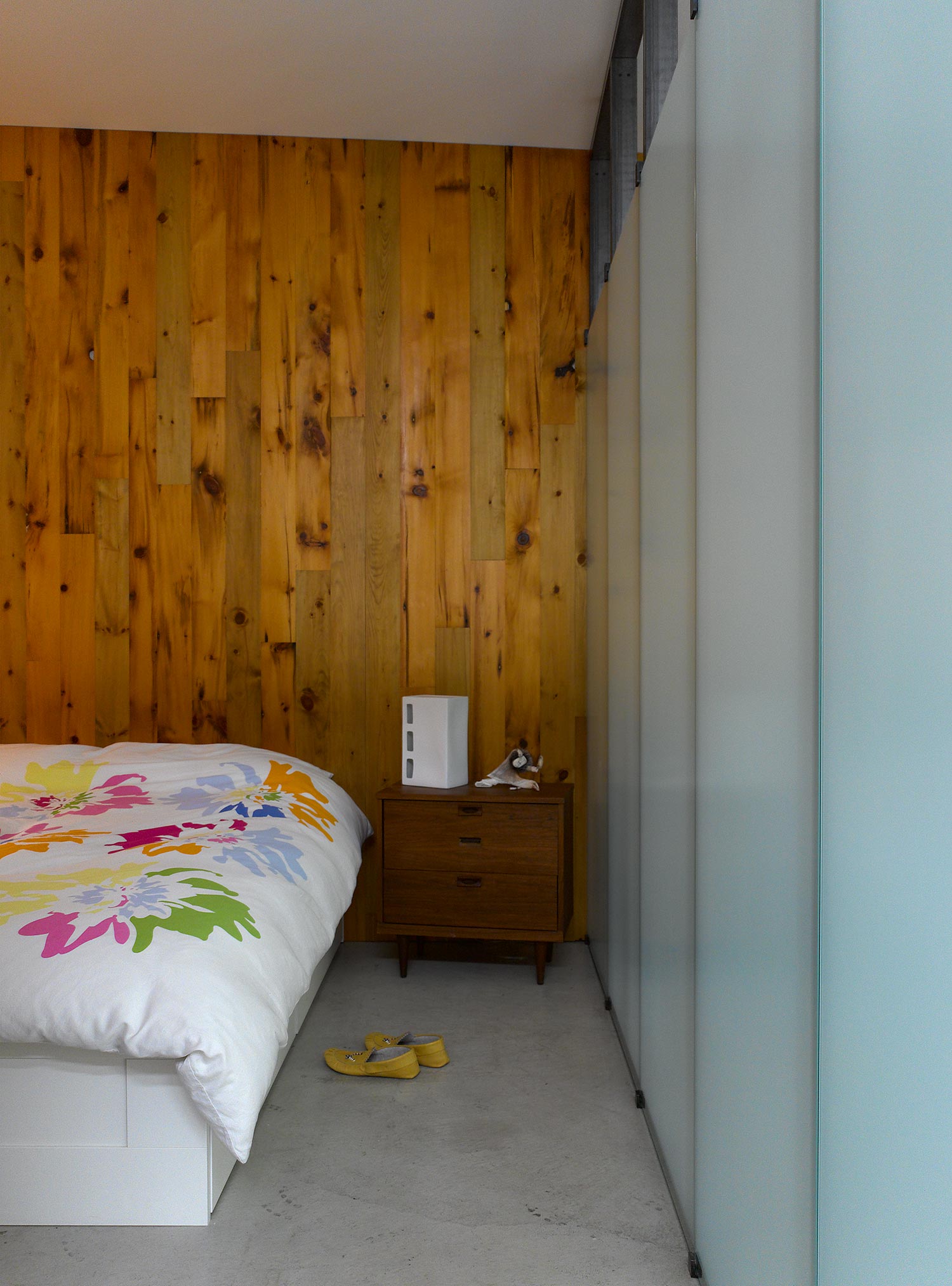 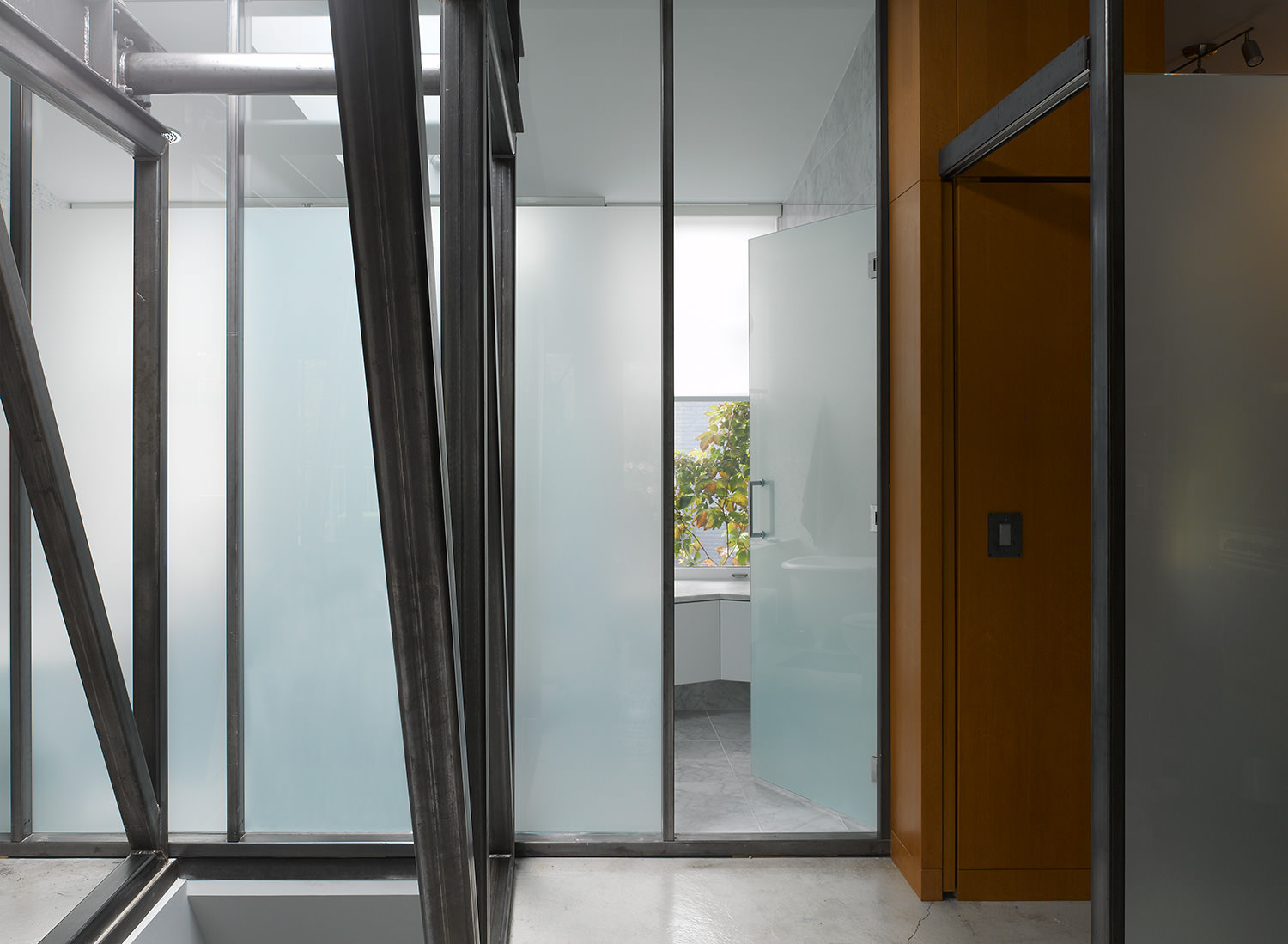 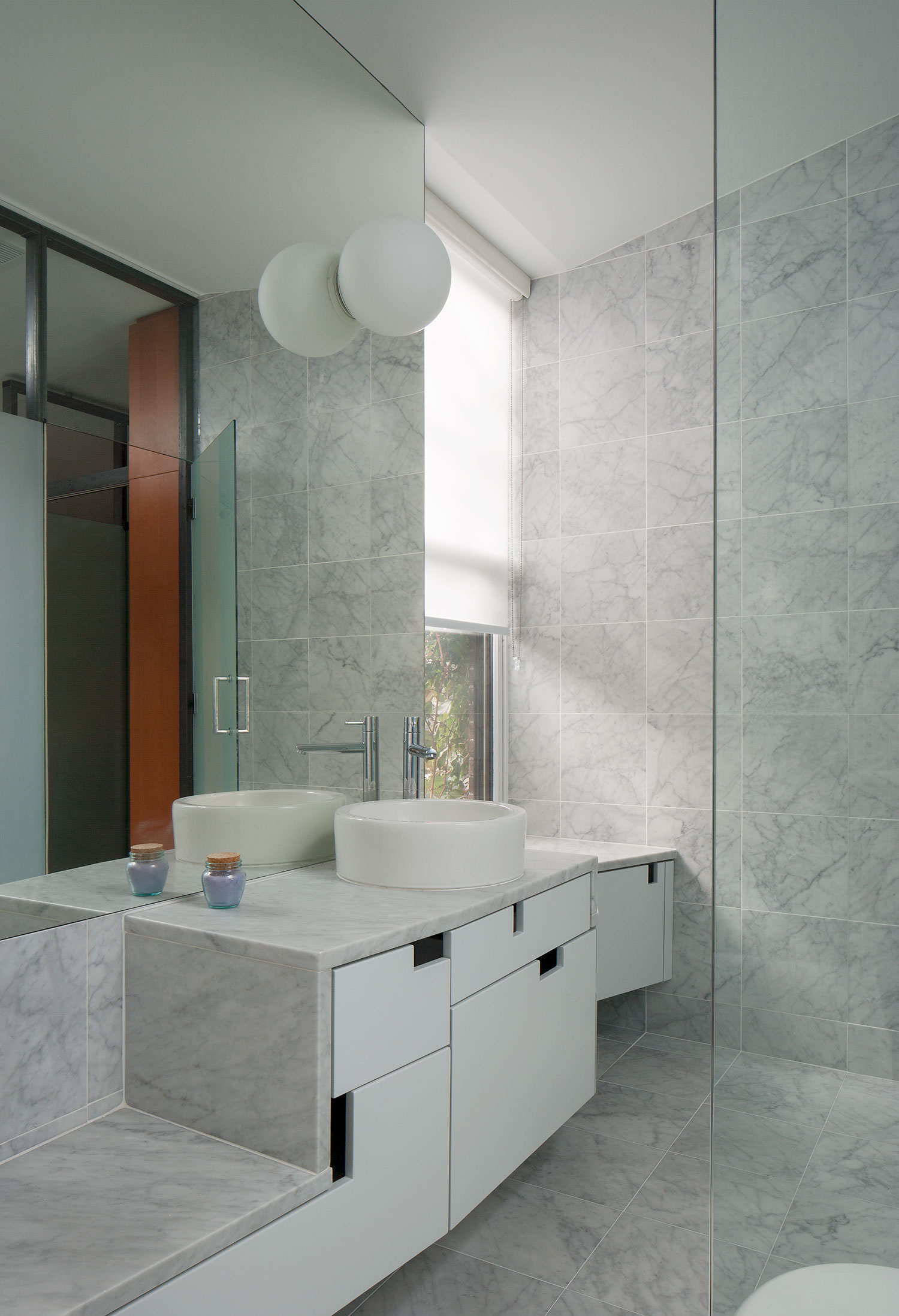 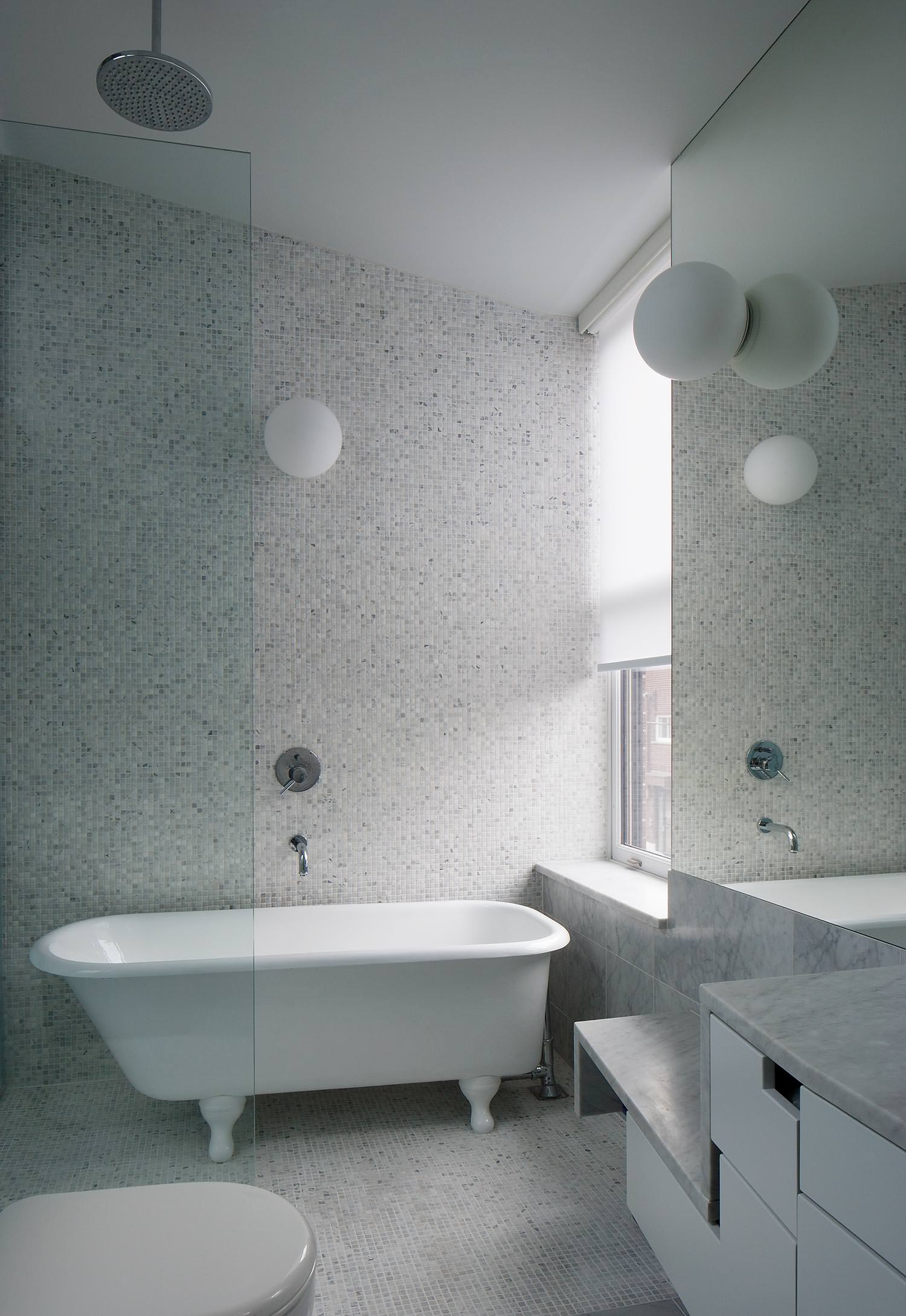 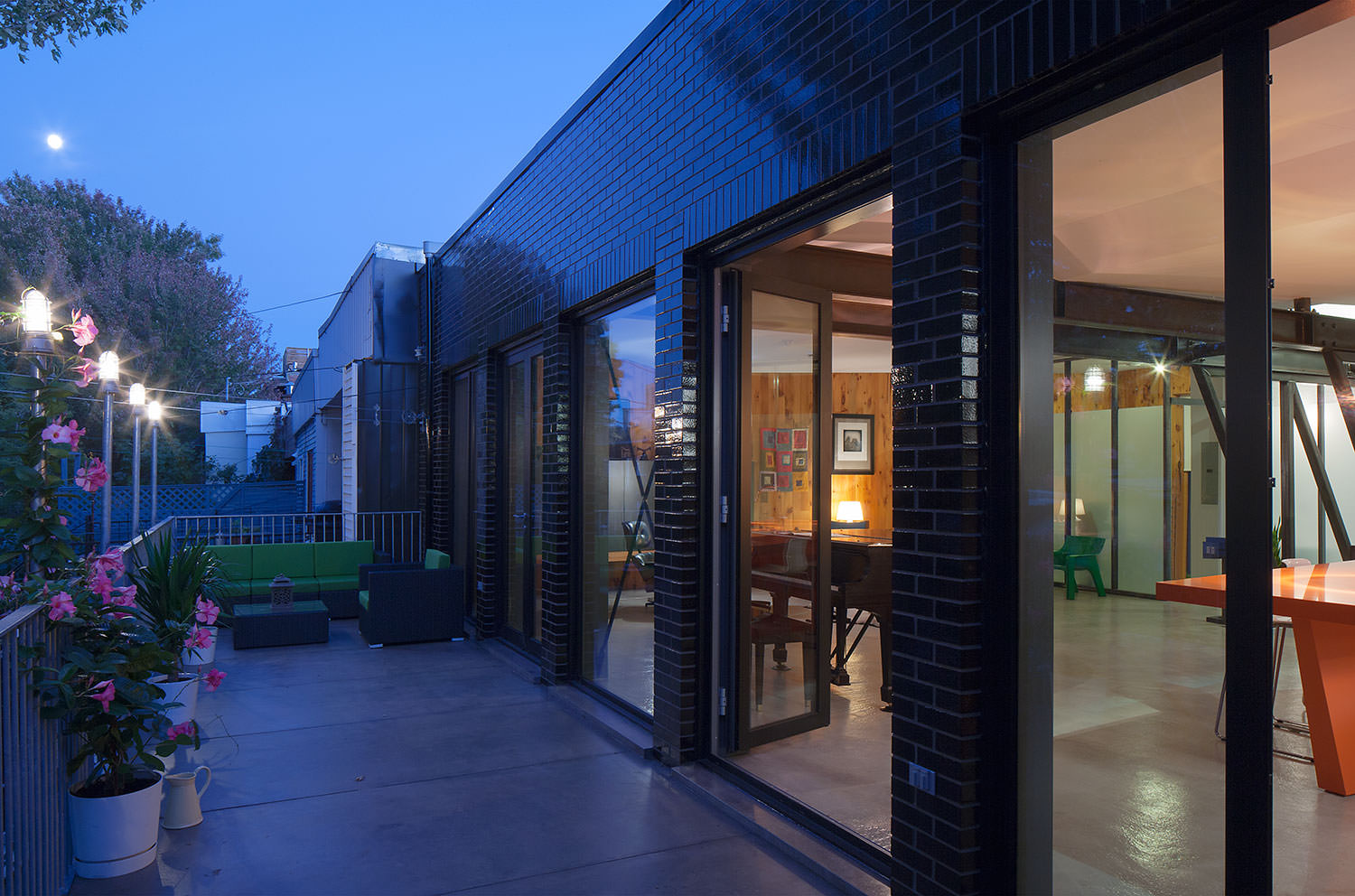 Triplex on Henri-Julien
The client, a medical doctor and globe trotter, purchased this building which was in a poor state on the Plateau Mont Royal in Montreal. She wanted to build rental apartments as well as a residence for herself. She also wanted the project to be exemplary from an ecological standpoint.
The building was collapsing significantly at the back. The entire back façade had to be removed and rebuilt. This offered an occasion to produce large openings onto the garden and the alley.
Apartments would be built on the bottom floor and the client’s residence would occupy the entire top floor. It is a large open space. The structural system carries all of the loads from a roof of 1400 square feet onto 2 steel beams held by 2 steel pillars flanking a stair that leads to the entry. All dividing walls were thus eliminated. We pass through these two steel supports to enter the large open space.
Three rooms are hidden behind screens of translucent glass and steel: a bedroom, an office and a washroom. These are privacy screens, rather than walls. We see the ceiling beyond, the space is continuous.
The continuity of the space is reinforced by the presence of wood siding on the interior walls. This wood comes from the demolition of certain elements of the house. The wood was recuperated and reused. This large open space displays and highlights certain objects such as a wolf skin brought back from a trip north, a piece of furniture, a grand piano, or certain architectural elements like the kitchen island.
In this project, many strategies were employed in order to optimise the energetic performance of the building and to reduce its environmental footprint. For instance, heating and cooling are provided by a geothermic system, and rain water is collected and reused. The building received the LEED gold ecological certification.