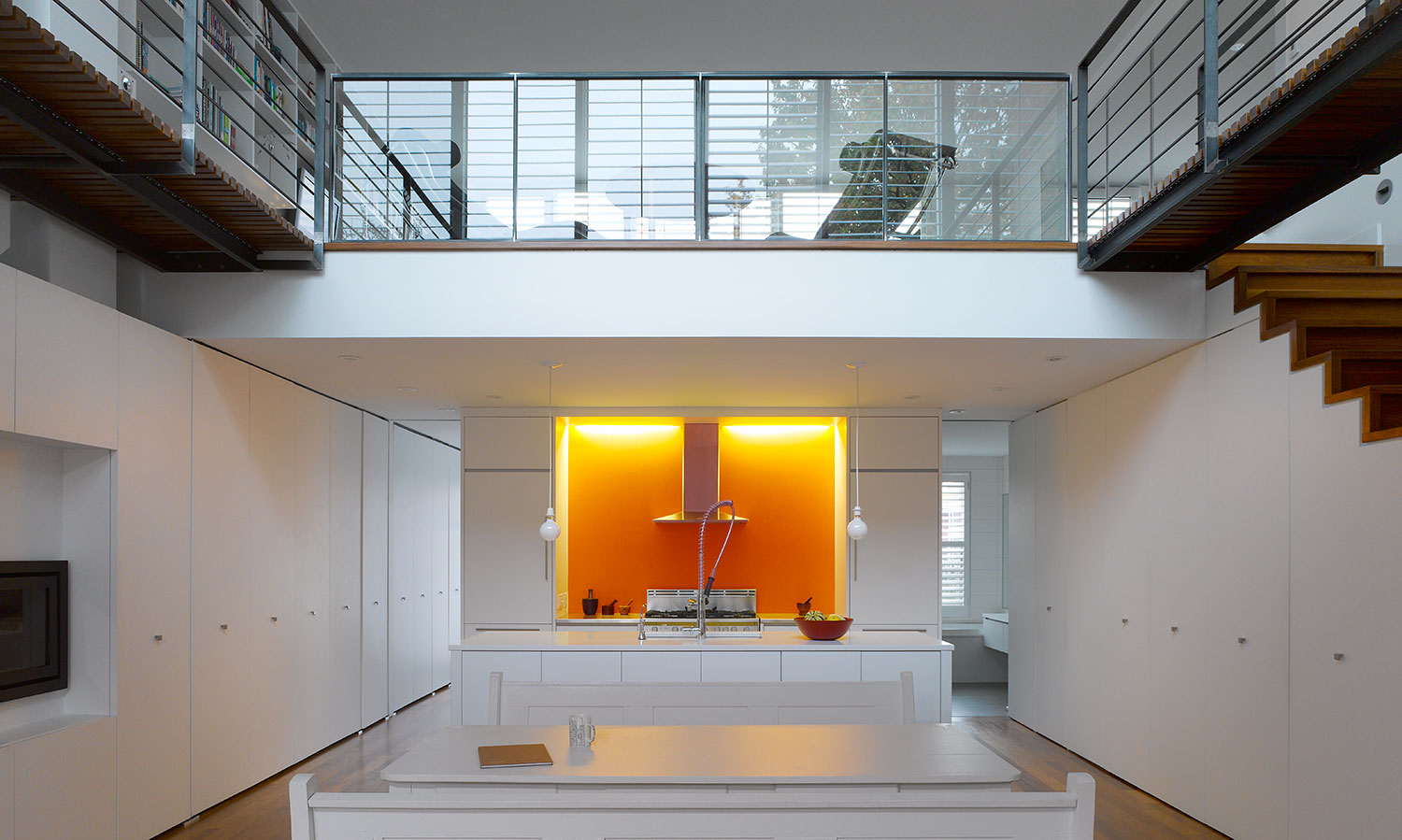 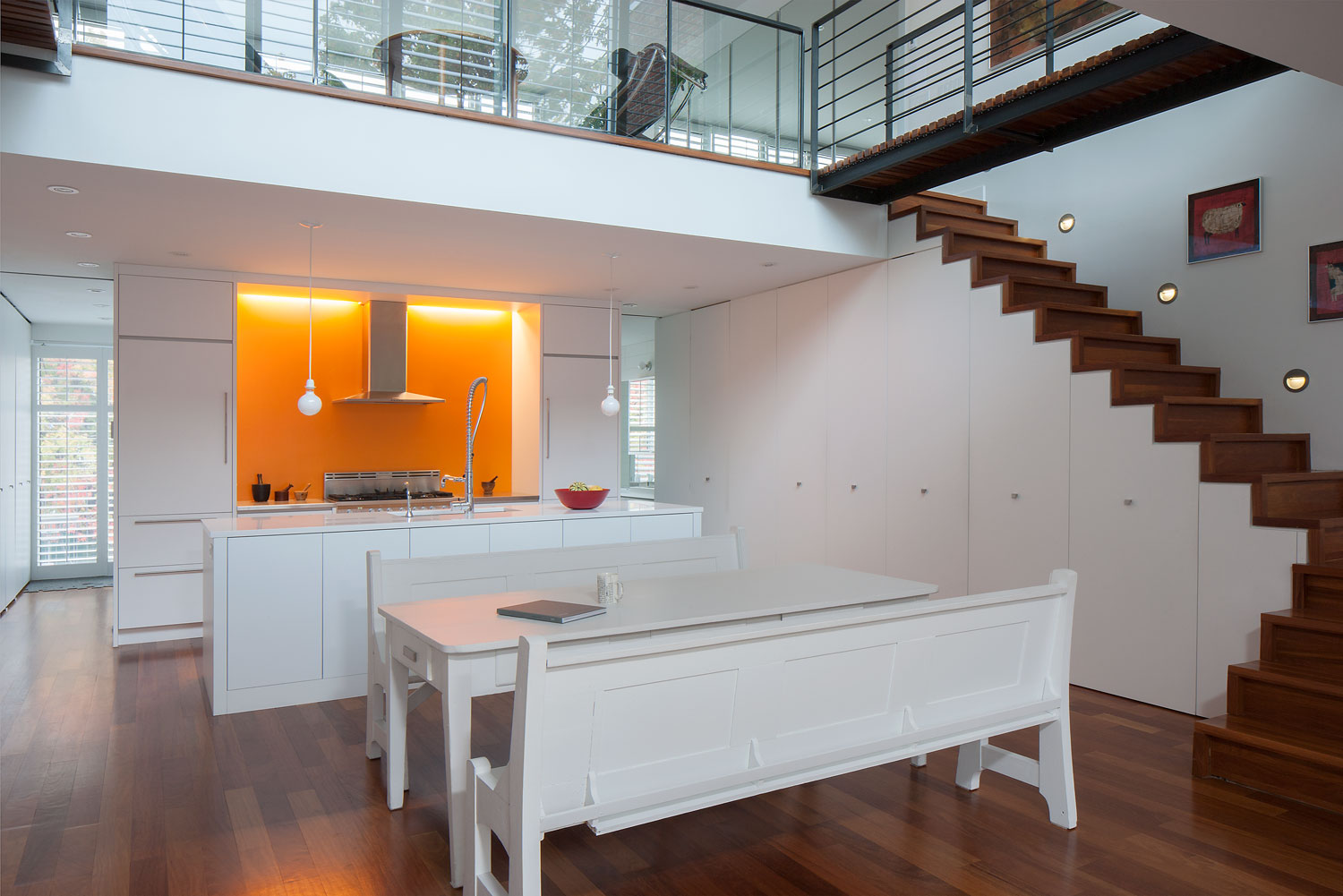 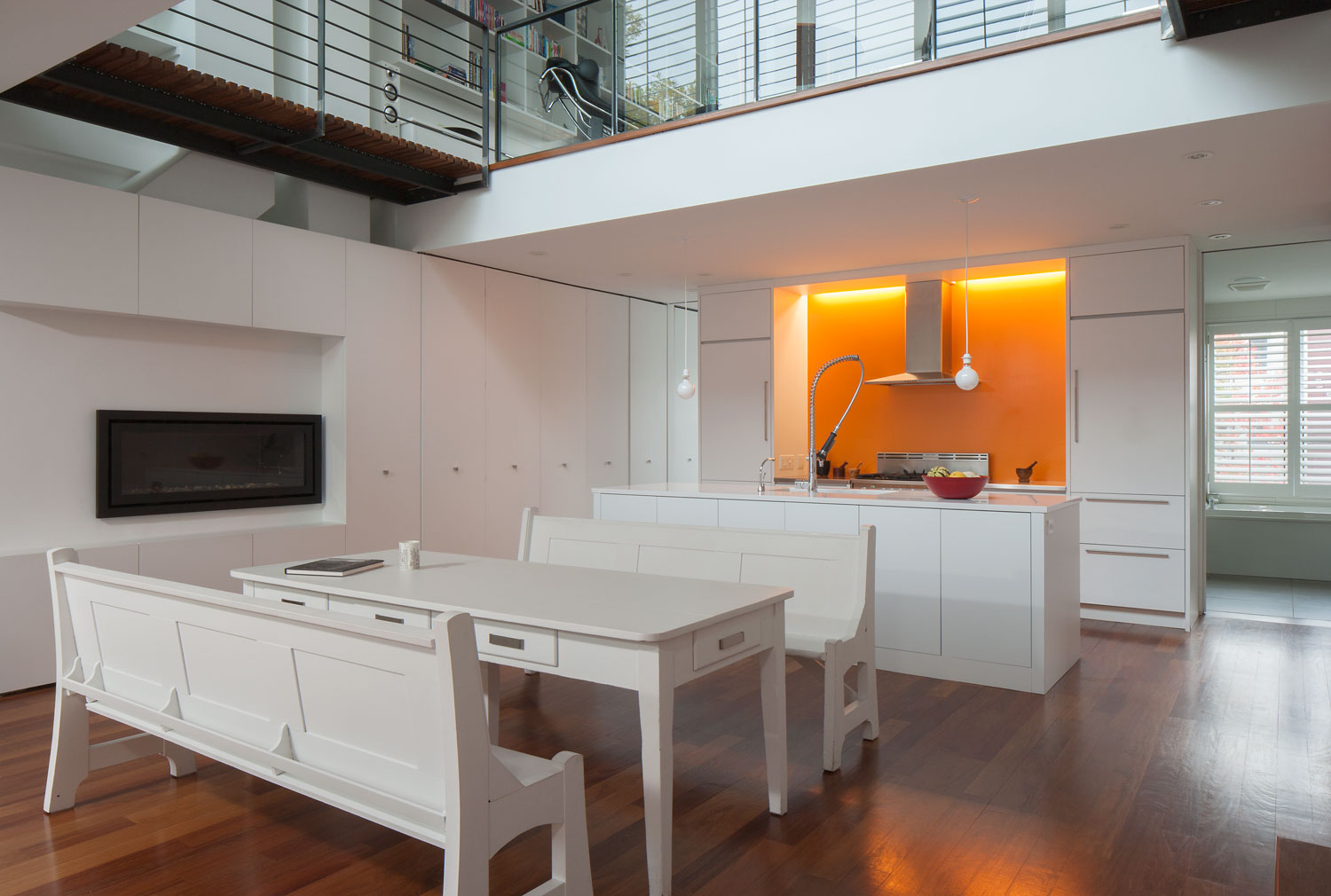 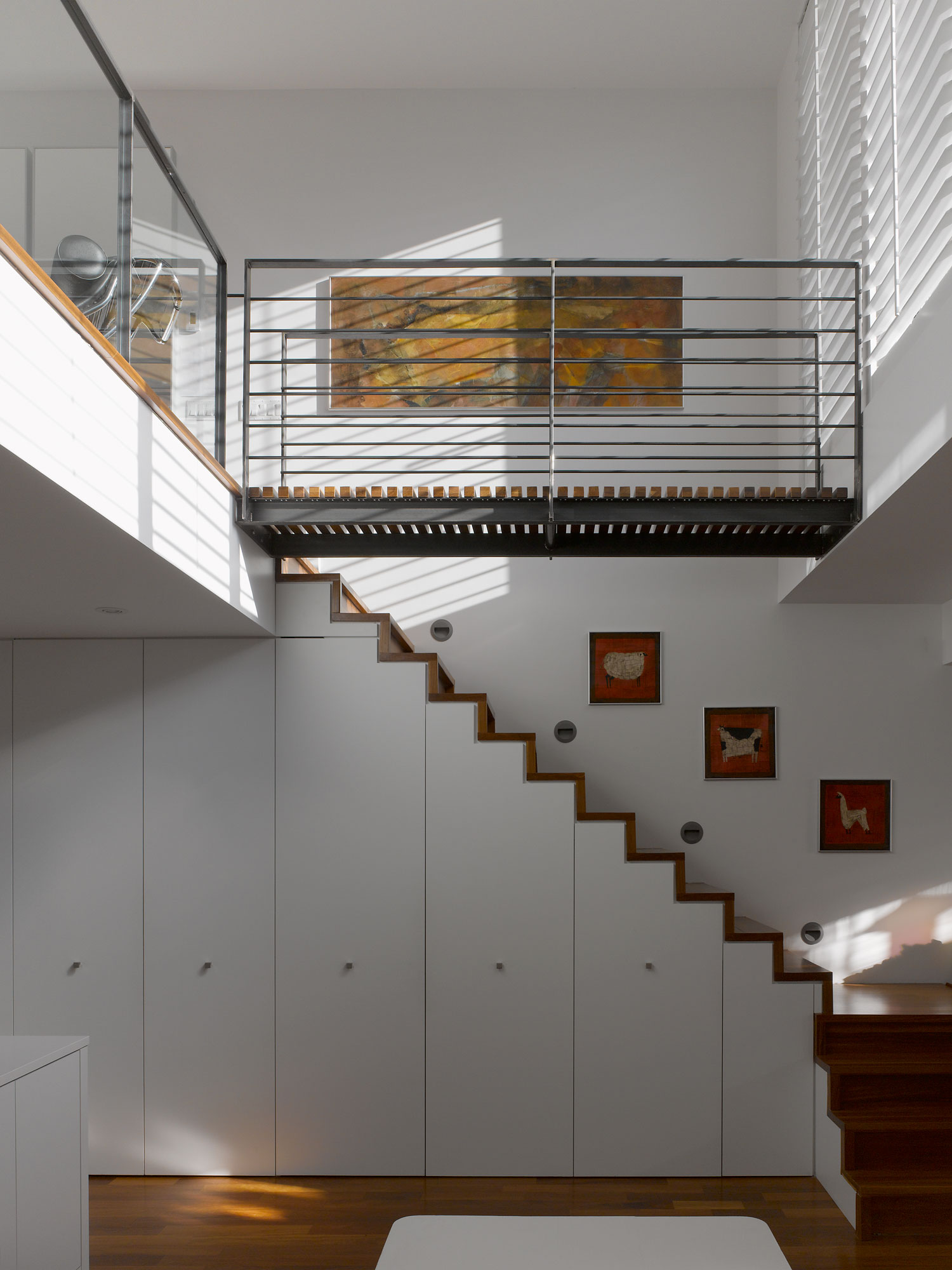 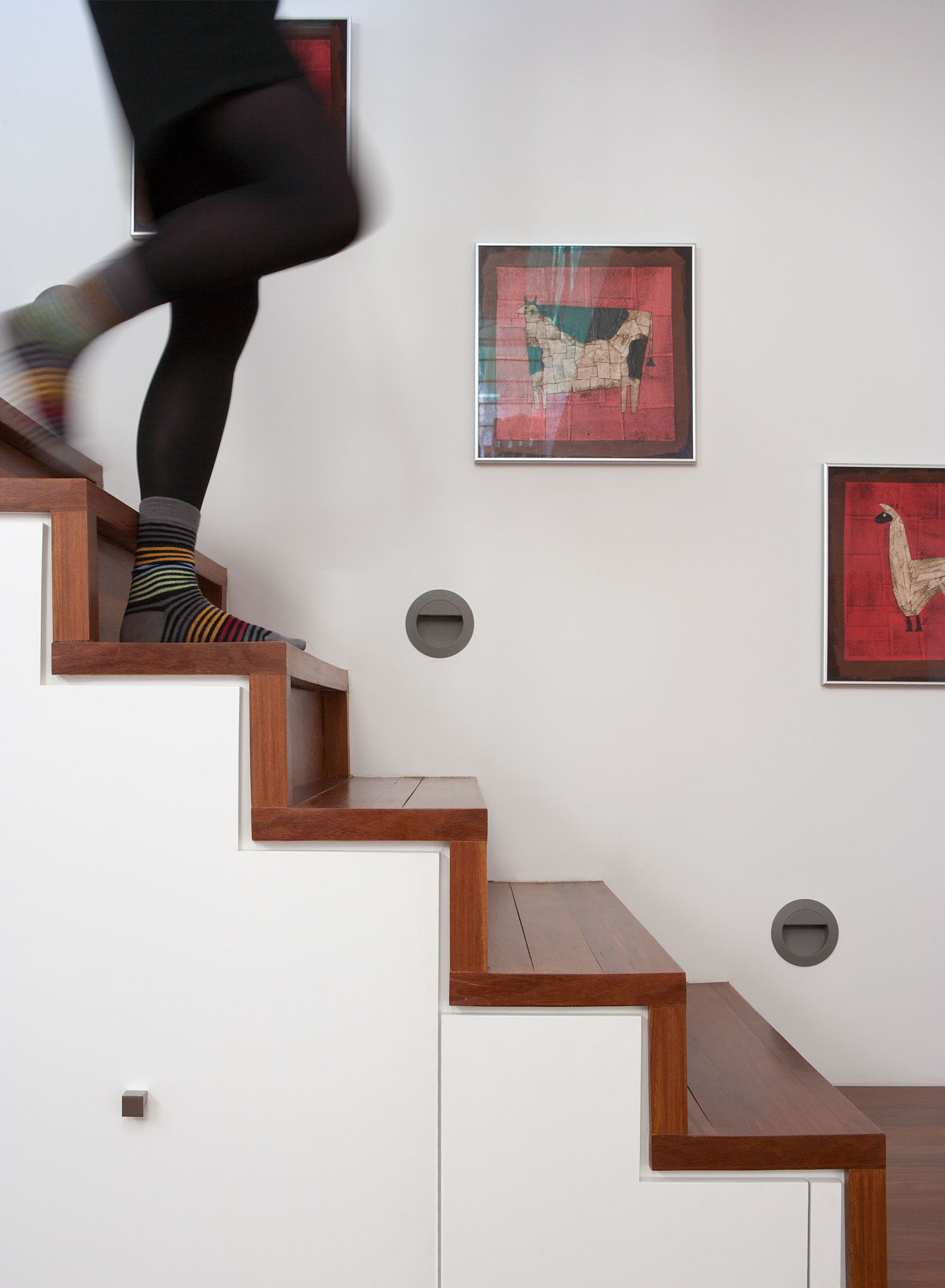 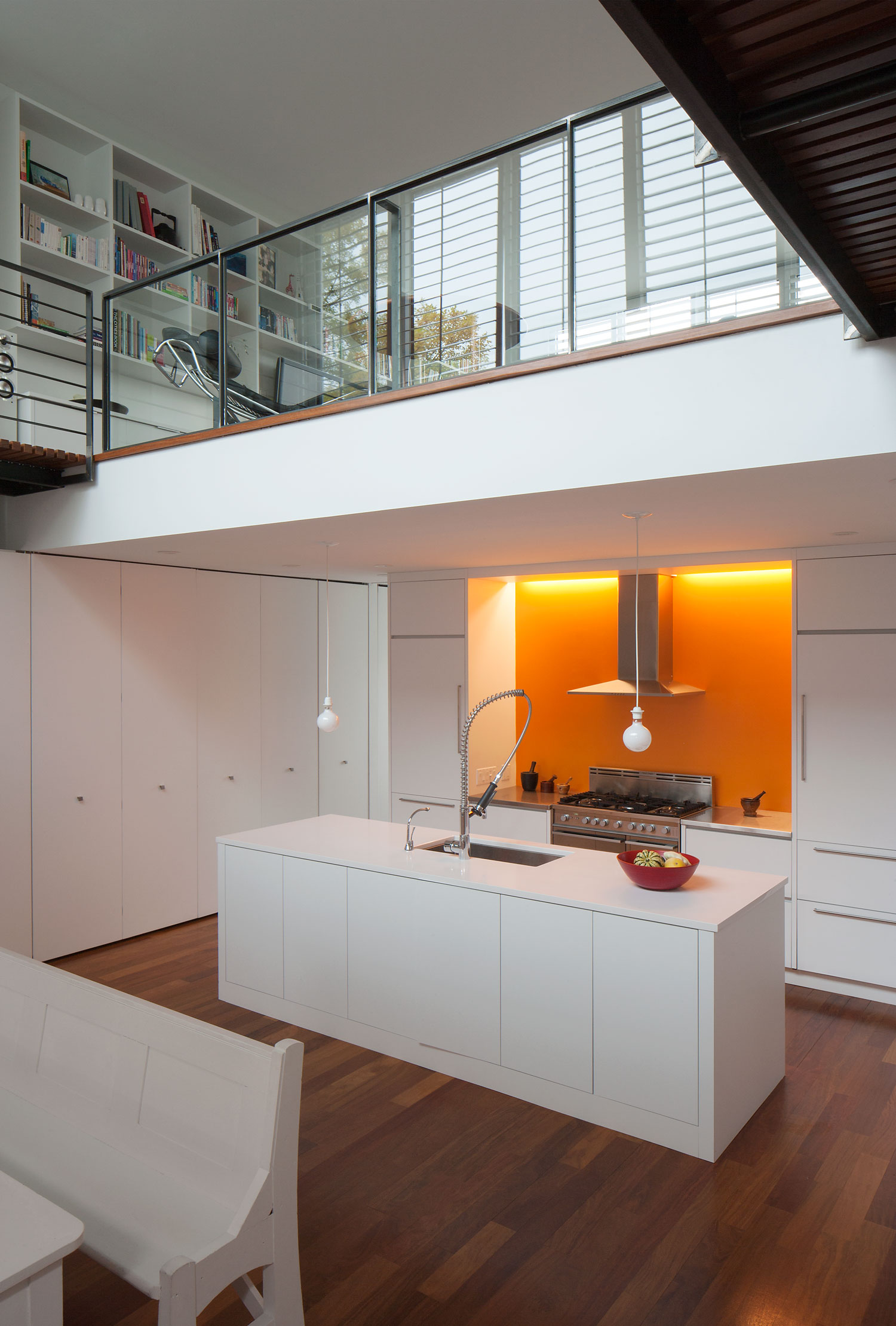 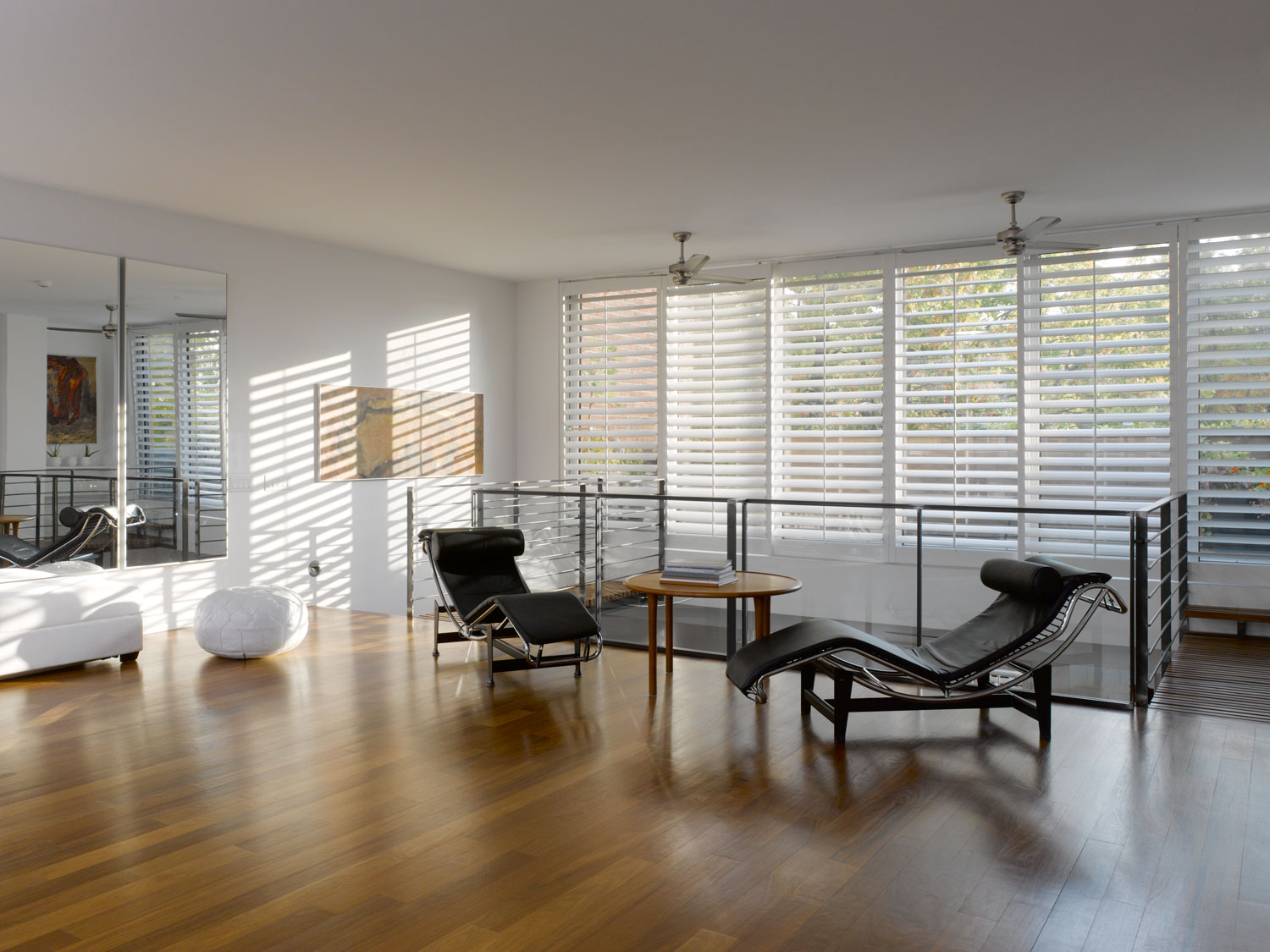 Casa Barbara
In Montreal, this unit was created using the second floor of a duplex and adding a partial floor onto the roof.
The original space was divided in accordance with the typical plans of Montreal row houses, with rooms along central double-loaded corridor. The plans of such apartments, in length and with party walls, often result in dark and confined spaces. The project was thus to open up the space and to allow daylight in.
By using trusses that could span from one side to the other, load bearing walls could be eliminated. With the aim to maximise a sense of vastness, the plan is liberated by placing all of the storage against the party walls.
The added floor was set back from the street, this placement allowed the creation of a large terrace with a view onto a lovely park in front. The façade onto this terrace is entirely glazed. The entire unit is bathed in light as a large opening was produced in the floor to allow sunlight to penetrate deeply to the heart of the apartment.
Access to this terrace is made using bridges which span the large opening.