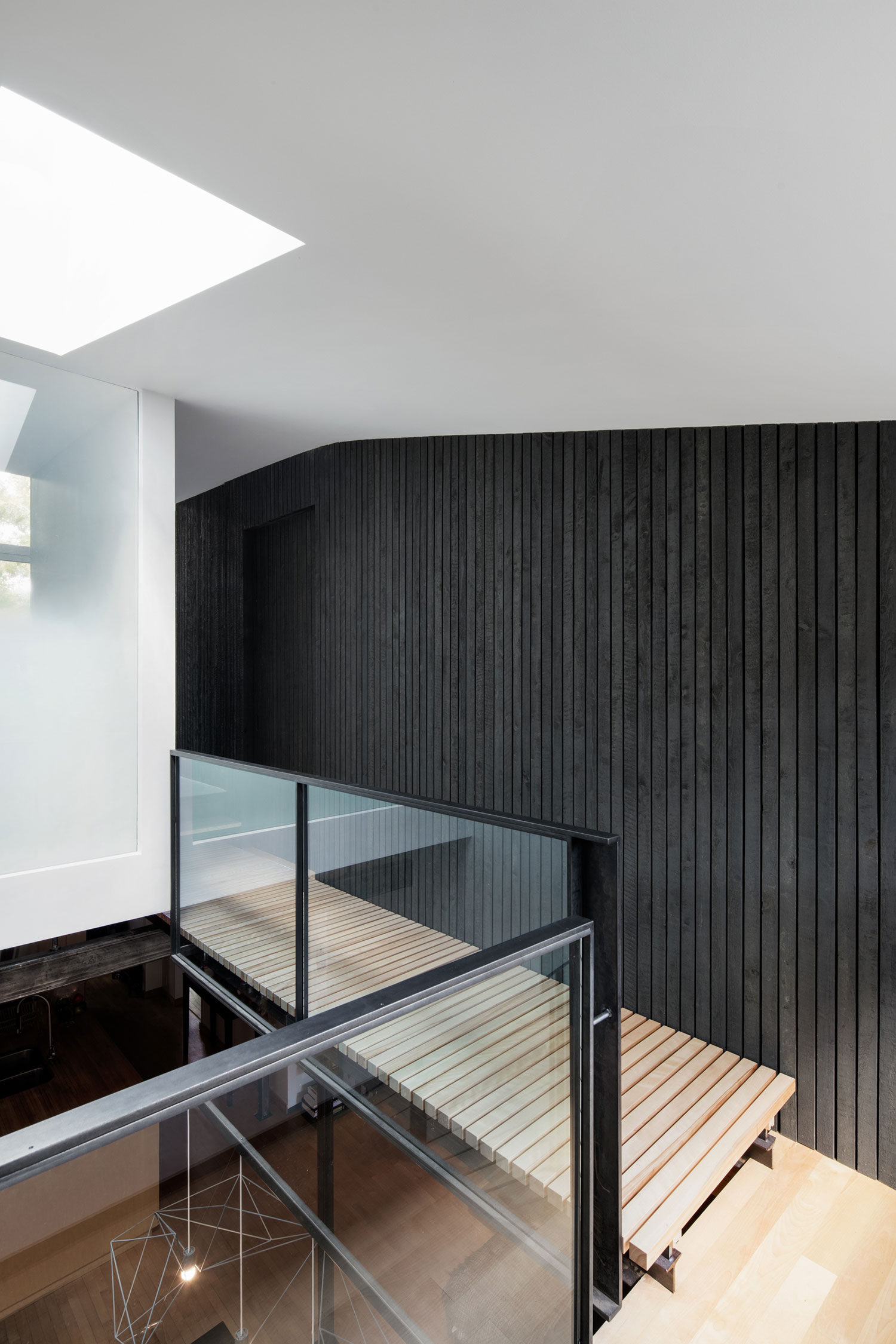 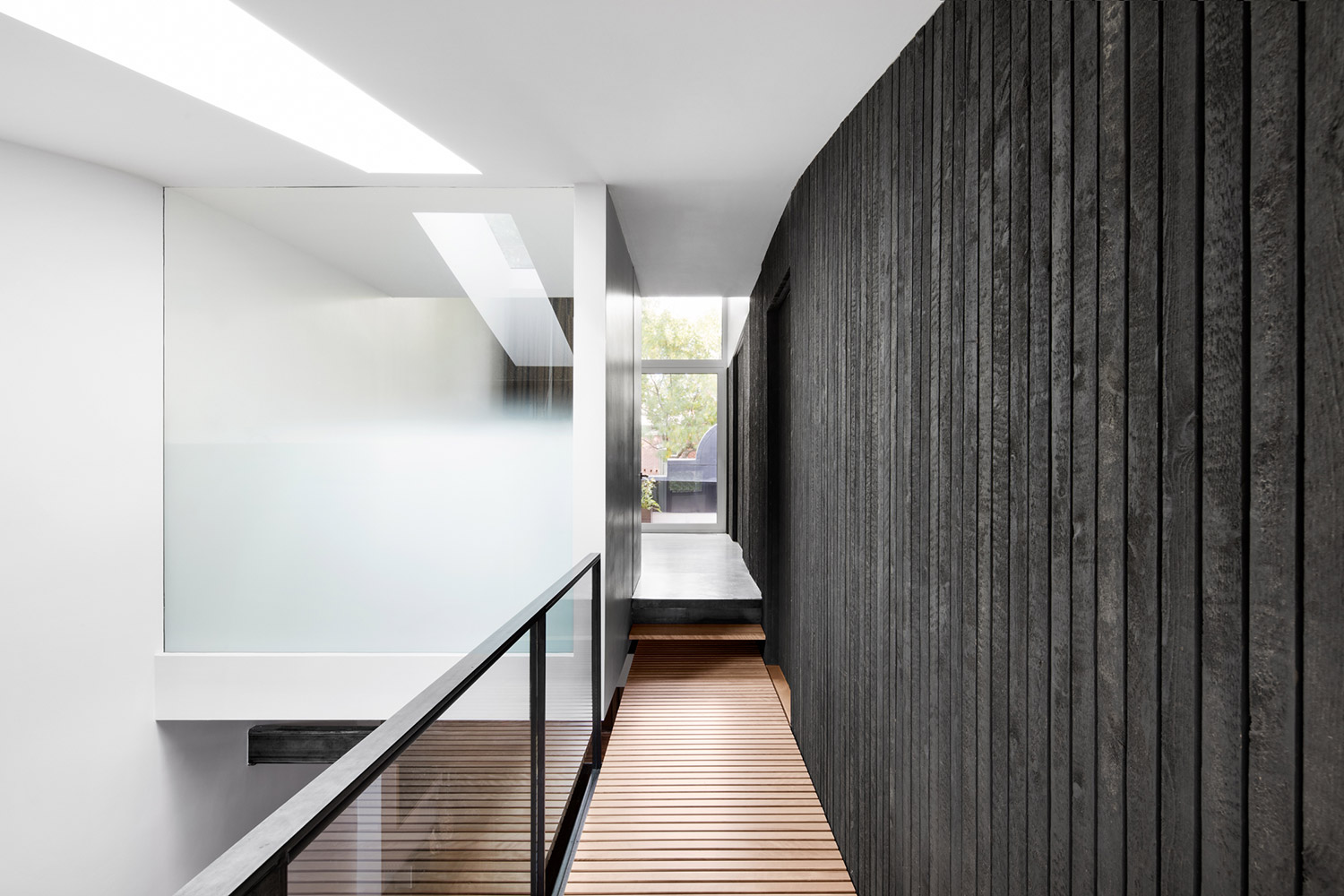 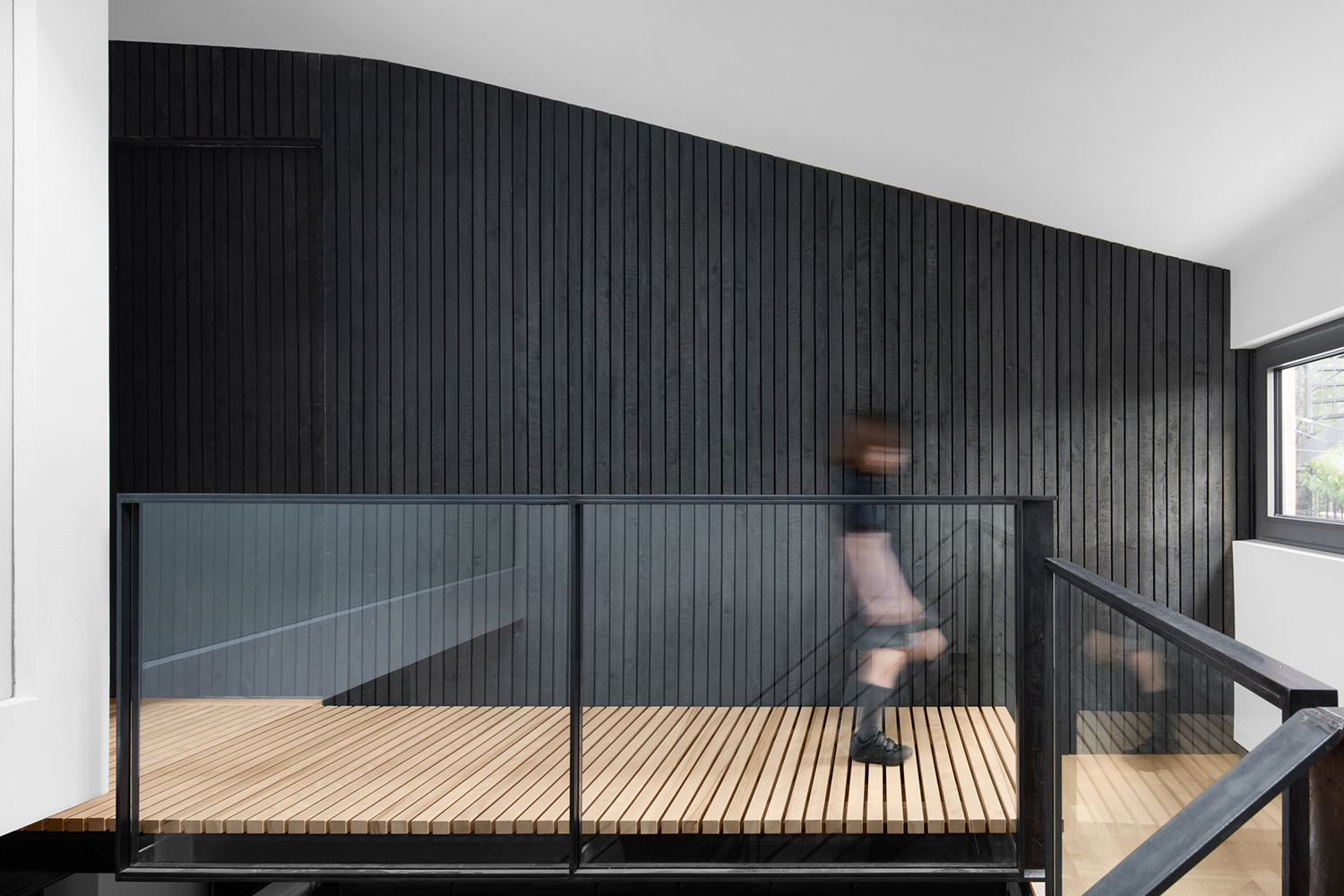 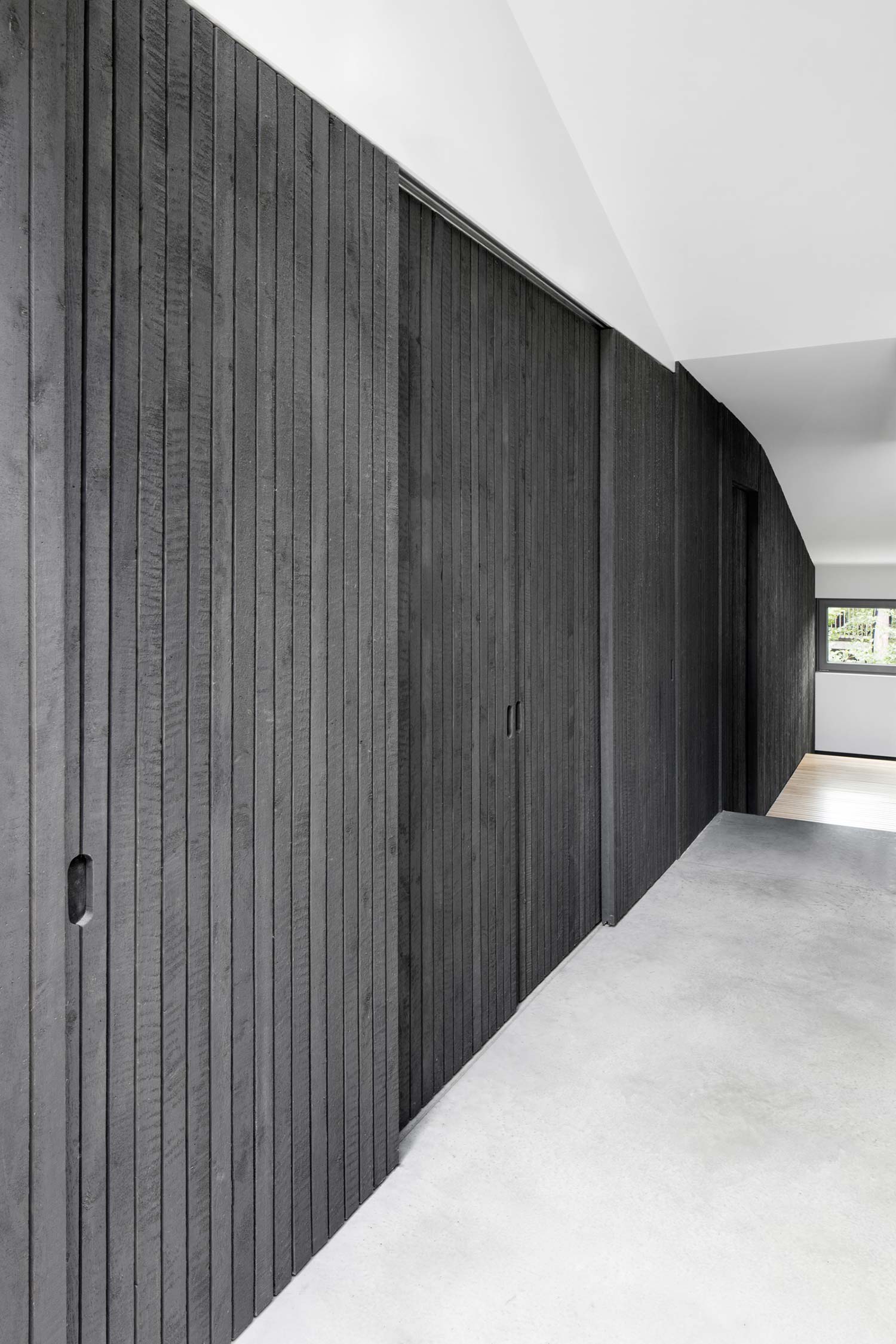 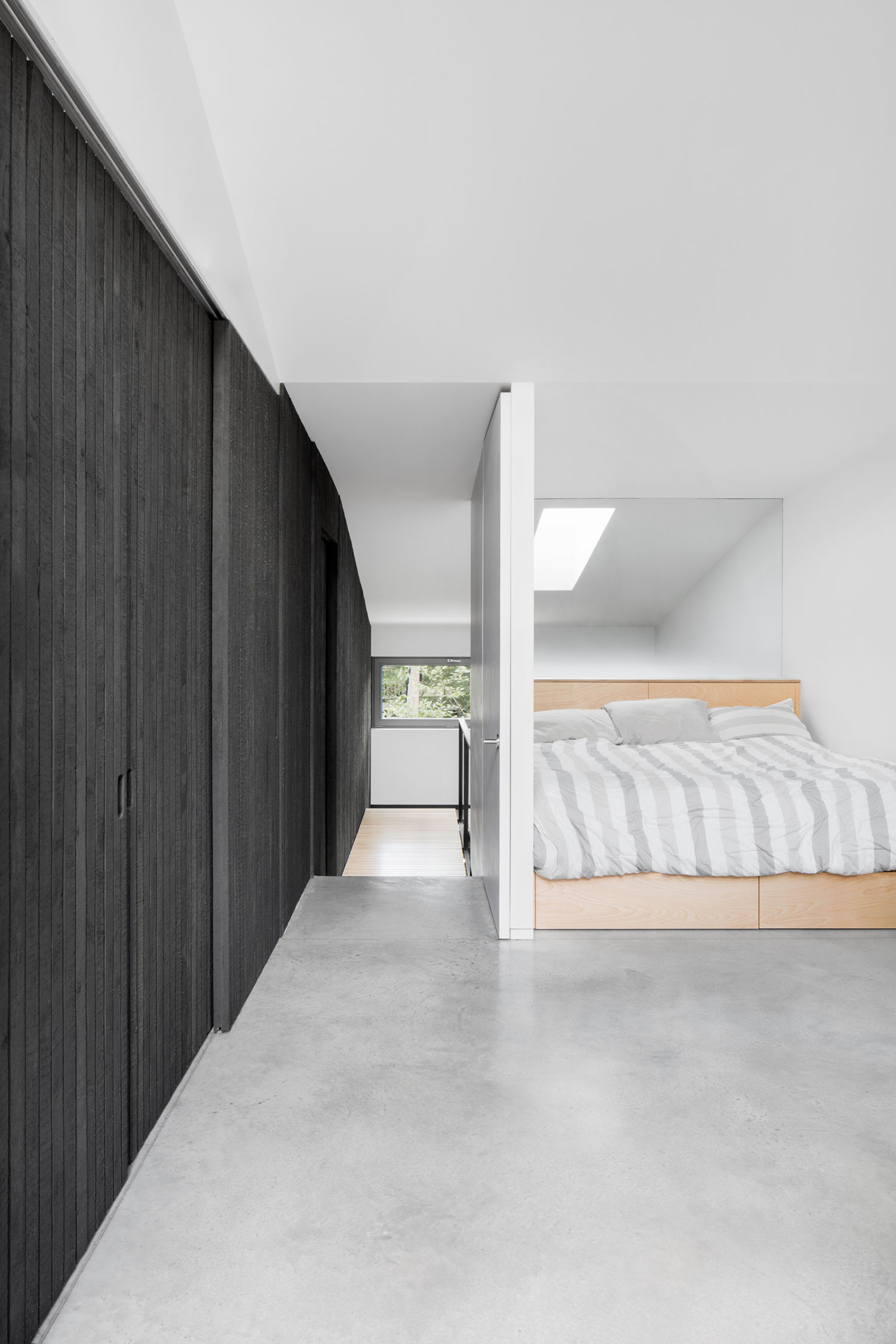 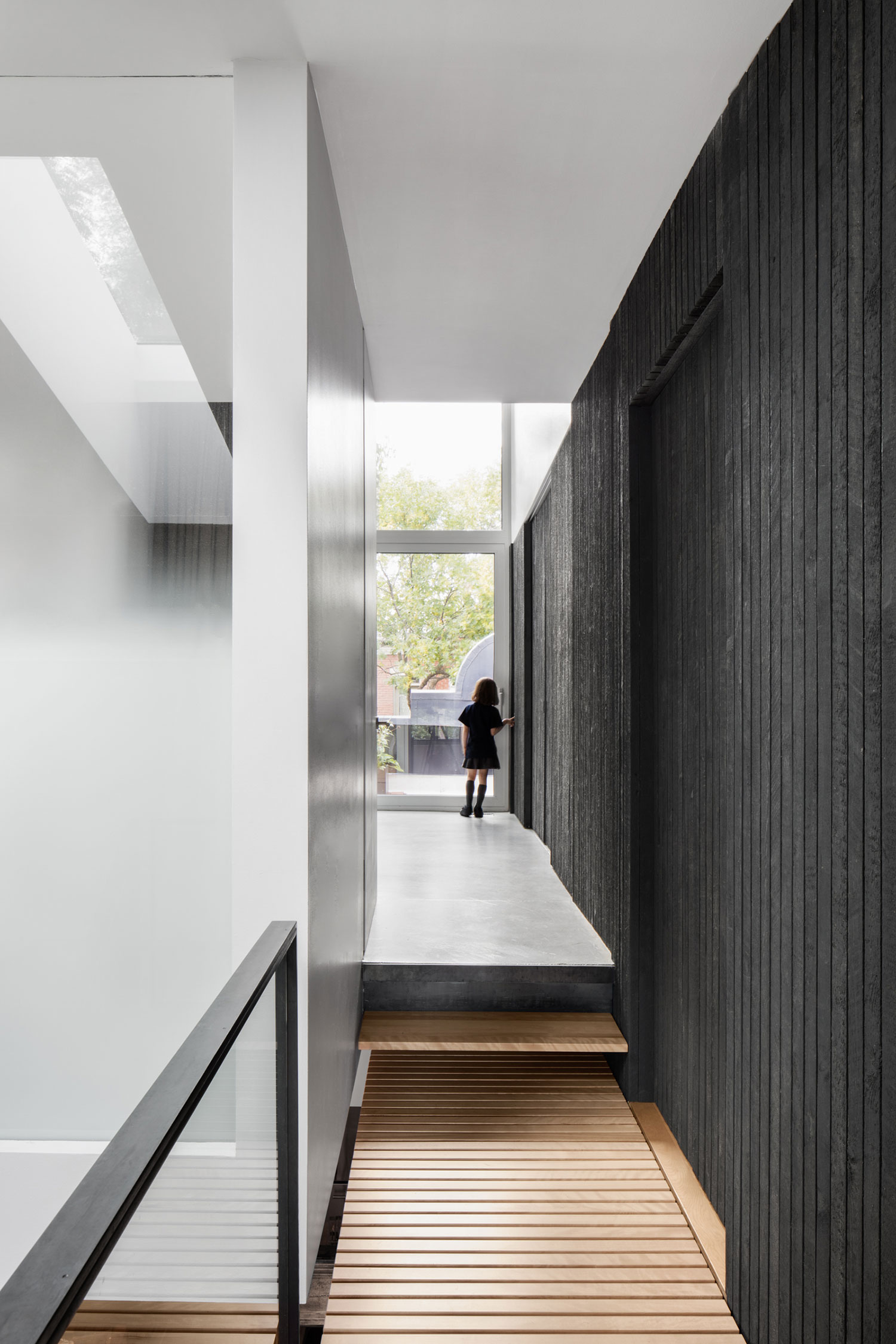 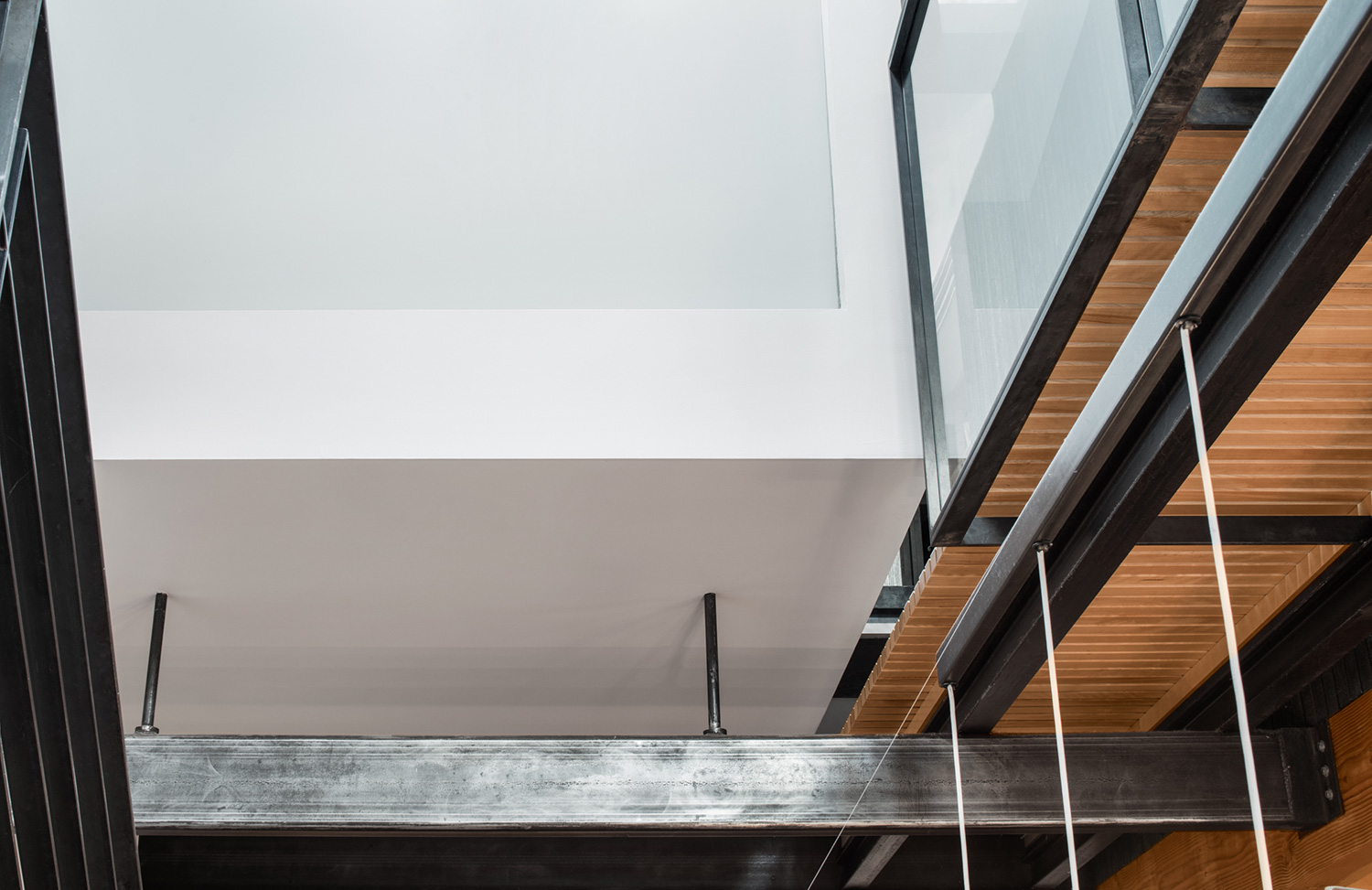 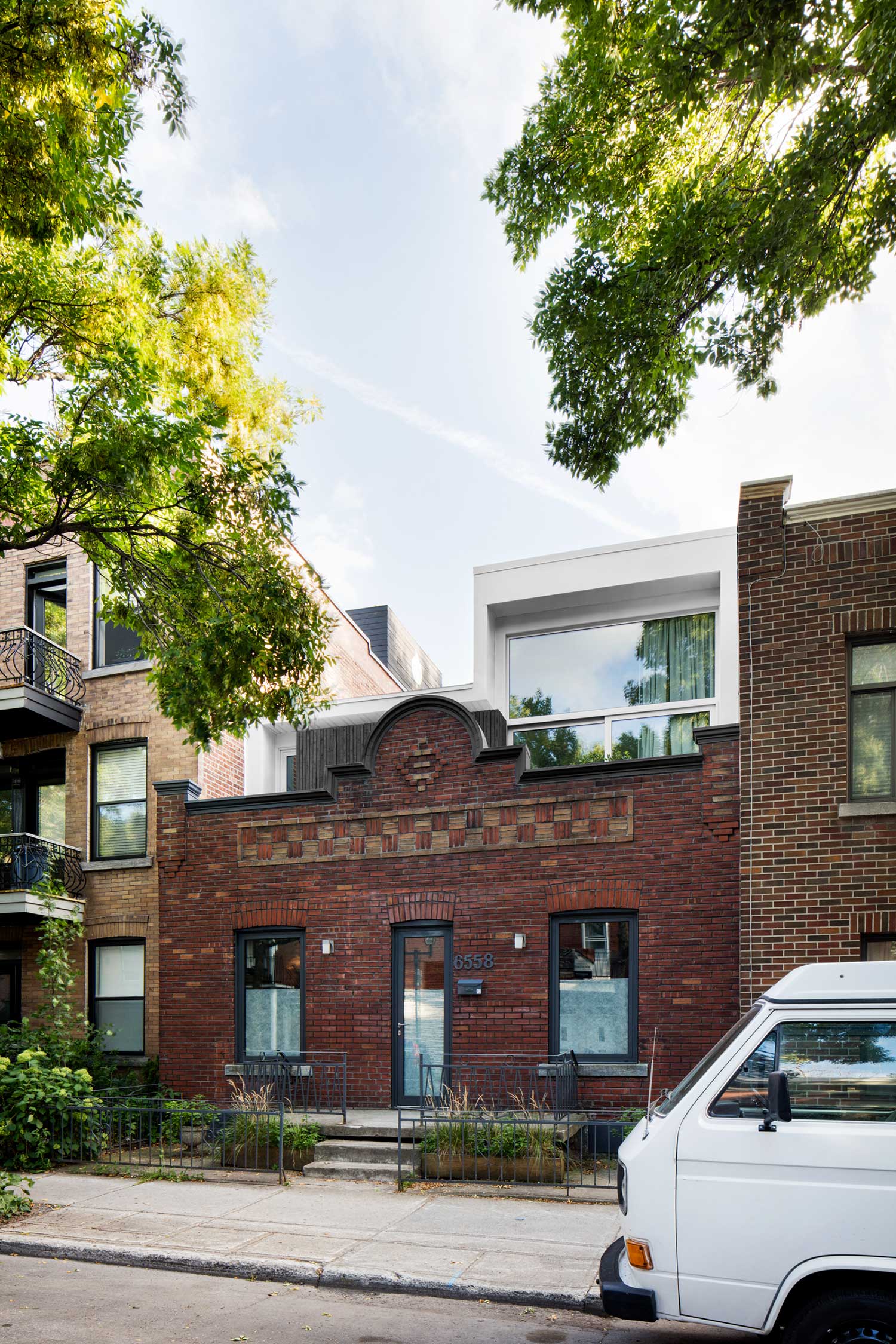 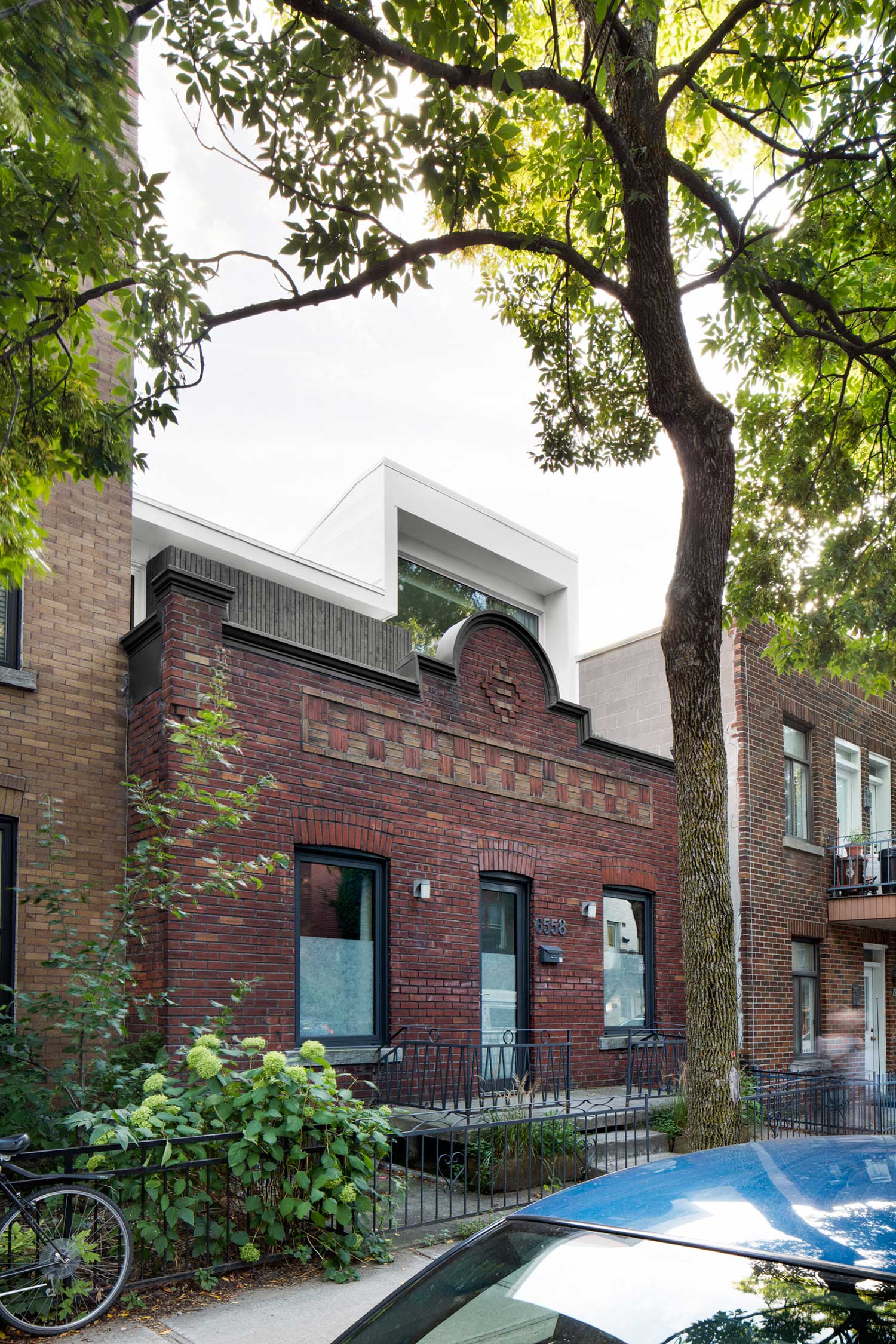 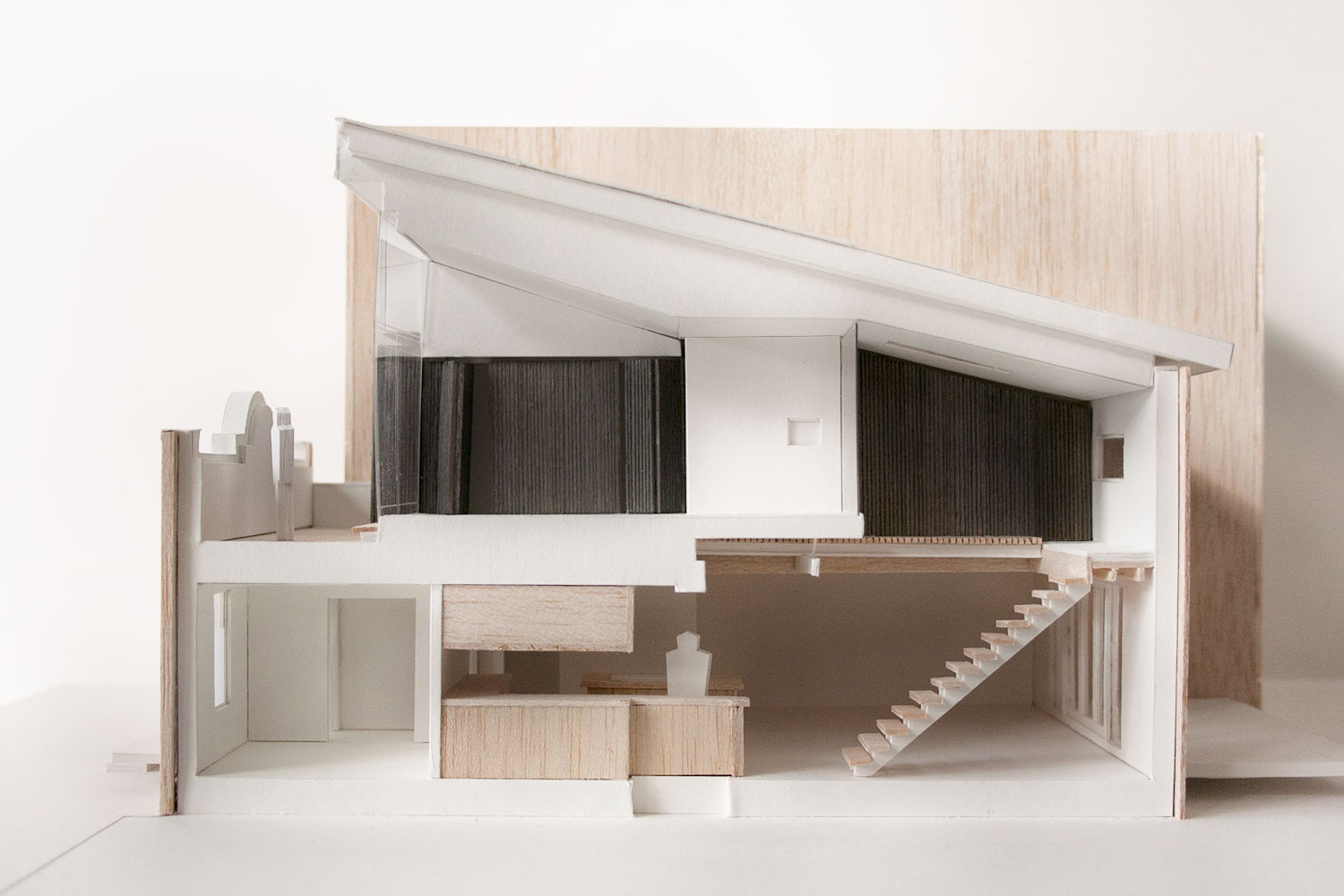 House on Alma
The original house is one of those pretty "shoe boxes", these small one-storey houses, typical of this area of ​​Little Italy in Montreal. Its façade presents a beautiful masonry work and an ornamented parapet. This building already had a partial floor for the bedrooms, added 10 years earlier, but this one was too small and difficult to occupy. Our clients are the parents of 2 young children. The mandate they gave us was to make a new floor for the rooms and to improve the link with the ground floor.
The proposed addition on the roof of the original house advances forward while preserving a setback from the facade on the street of the original house.  We believe that it is important not to align with the front façade of the original house in order to let it stand out. The small house of origin is thus highlighted, not by trying to imitate it but rather by juxtaposing, in the background, a contemporary intervention that clearly marks the two periods of intervention. The space on the roof created by this setback makes it possible to create a terrace for the room of the parents.
The interior space is divided into two areas separated by a large black cedar wall that crosses the floor from the front to the back. A first zone houses the parent’s bedroom in a gesture of opening onto the landscape with a high ceiling projecting towards the sky and a large window opening on a roof terrace that allows a view on the tree tops and the steeple of Saint-Édouard Church. A second, more closed area, marked by a sloping roof, covers the children's rooms. The intention is to create a headquarters for the children, a place they can take possession of and at the same time to give the parents the space and peace sought for in an urban family home.
Natural light is an important component of the project. The volume of the parents' room opens onto a new space in double height crossed wood trellis bridge. A skylight in the ceiling of this space allows a natural light supply in the center of the habitat down to the ground floor.
The interior space is expressed on the façade of the addition by the material continuity of the interior volumes. The volume of wood that houses the children's rooms is present on the façade. Also, the white surface of the walls and ceilings of the interior projects outwards like a folded plane that defines the volume of the new intervention.